Raita has been part of the Finnish Alpine skiing team since the 1990s. She got her first world cup points during the season 1999-2000 in Copper Mountain, USA when she was 13th in slalom.

She competed in three Olympic Games between 1998 and 2006, with an 8th placing in the Women's Slalom at the Salt Lake City Games in 2002 her best result.

She retired in 2006 and nowadays makes music using the artist name Hehewuti.

The contents of this page are sourced from Wikipedia article on 08 Mar 2020. The contents are available under the CC BY-SA 4.0 license.
comments so far.
Comments
From our partners
Sponsored
Reference sources
References
https://www.sports-reference.com/olympics/athletes/ra/henna-raita-1.html
https://web.archive.org/web/20110811142303/http://www.sports-reference.com/olympics/athletes/ra/henna-raita-1.html
http://www.hehewuti.com
Trending today in 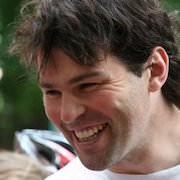