Hendrik Otto "Henk" Westbroek (born 27 February 1952) is a Dutch radiohost, singer, songwriter and owner of a cafe named 'Stairway to Heaven' in the city of Utrecht. He was also a political activist for Leefbaar Utrecht and Leefbaar Nederland in 1998.

Westbroek was born in Utrecht, and studied sociology at Utrecht University, completing his course in 1973. In 1978, Westbroek, together with "the other Henk" (Henk Temming), formed the band Het Goede Doel. He scored several top ten hits with Temming and Het Goede Doel became one of the most successful Dutch language bands of the 1980s. In 1991, Het Goede Doel stopped performing. They had a brief reunion in 2001 and reunited again in 2008, producing a new record, Gekkenwerk.

Since 1991, Henk Westbroek has been performing solo with his band "Henk Westbroek & Consorten." As a solo artist he has met with success and his single "Zelfs je naam is mooi" spent 42 weeks in the Dutch chart Mega Top 100.

In the 1990s, he became active in Utrecht politics and was elected as a city council member for Leefbaar Utrecht, a local populist party. 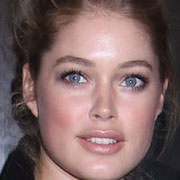