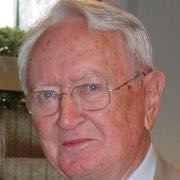 Helmut Oswald Maucher (9 December 1927 – 5 March 2018) was a German businessman. He served as the CEO of Nestlé from June 1990 to June 1997. He joined the company at a young age, completing an apprenticeship at the Nestlé SA factory in Eisenharz, Germany just after finishing high school. He served as honorary chairman of Nestlé SA, Vevey, Switzerland, having been elected to that position by the board after relinquishing its chairmanship in May 2000.

Helmut Maucher was born on 9 December 1927 in Eisenharz (Allgäu), Germany. When he was 19 Nestlé AG bought the milk production company in Eisenharz in the Western Allgau in which he and his father were employed. After finishing his A levels he was then doing a business apprenticeship in the same company. He then changed to Nestlé Frankfurt, where he was studying business administration at Frankfurt University while working and finished his study with a Master in Business/Commerce.

Maucher served on the board of trustees of the Frankfurt Institute for Advanced Studies.

In a 1997 interview, Maucher stated: "There is a certain percentage of prosperity waste (German: Wohlstandsmüll) in our society; people who are either unmotivated, semi-invalid, tired or who just take advantage of the system." Maucher was alluding to the highly developed German welfare system, which in his opinion removed the necessity to take an employment. He was subsequently criticized for the usage of the term "waste" as a description for human beings, which culminated in Wohlstandsmüll having been chosen as the German Un-Word of the Year 1997 by a jury of linguistic scholars.

The contents of this page are sourced from Wikipedia article on 10 Mar 2020. The contents are available under the CC BY-SA 4.0 license.
View Helmut Maucher 's image gallery
Image Gallery