Helmut Marko LL.D., (born 27 April 1943 in Graz, Austria) is an advisor to the Red Bull GmbH Formula One Teams and head of Red Bull's driver development program.
Himself a former racing driver, Marko was a school friend of Jochen Rindt, who was to become Formula One world champion in 1970. Marko competed in several race series, including 10 Formula One Grands Prix in 1971 and 1972, but scored no World Championship points.
He had more success in endurance racing, winning the 1971 24 Hours of Le Mans, driving a Martini-Porsche 917K with Gijs van Lennep. During that year, they set a distance record which remained unbeaten until the 2010 24 Hours of Le Mans (5,335.313 km, at an average of 222.304 km/h). (Changes to the track reduced the average speed.)
Despite being concerned about poor safety at the Targa Florio, he drove the fastest laps around the 72 km Sicilian mountain circuit in the 1972 race, catching up over two minutes on the leader within two laps to finish second by a mere 17 seconds. His fastest lap in the Alfa Romeo 33 was 33 min 41 sec, at an average of 128.253 km/h.
A few weeks later on 2 July, during the 1972 French Grand Prix at Clermont-Ferrand, a stone thrown up by Emerson Fittipaldi's Lotus pierced Marko's helmet visor, permanently blinding his left eye and ending his racing career.
Marko became a doctor of law in 1967. He owns two hotels in Graz – the Schlossberghotel and Augartenhotel. He was manager for Austrian racing drivers Gerhard Berger and Karl Wendlinger for some years before setting up and running RSM Marko in 1989, a race team competing in Formula 3 and Formula 3000; running under the name Red Bull Junior Team from 1999 onwards. From 1999 he has also overseen the Red Bull driver development programme, which has steered drivers such as Sebastian Vettel, Daniel Ricciardo and Max Verstappen into Formula One. Since 2005 he has been advisor to the Red Bull Racing Formula One team. 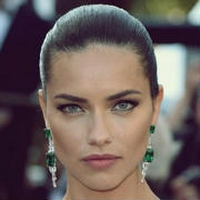 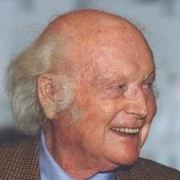