In his early years he was influenced by science fiction literature from William Gibson and the launch of Commodore 64 (C64) starting programming in his early teens.

He graduated from Werner Heisenberg Gymnasium Weinheim in 1992. He completed his studies in Mathematics and Computer Science at the Technical University of Berlin, graduating with distinction in 1997.

Helmut gained his first professional experience in 1995 working as a student research assistant and later as graduate research associate in the research group "Formal models, logic and programming/artificial intelligence in understanding text" (FLP/KIT) of Prof. Dr. Bernd Mahr at the Technical University of Berlin.

As software architect and lead engineer, he developed Germany's first commercial Internet search engine FIREBALL commissioned by Gruner+Jahr. In the year of its launch, 1997, the website received more page impressions than any other website in Germany. FIREBALL was later sold to Lycos Inc.

In 1998 he co-founded neofonie GmbH, and has filled the position of managing director and CTO since foundation and spokesman since 2008. As CTO, he was responsible for innovation, software engineering and operations of all projects and grew the company and its subsidiaries to 170 employees with continuous profitability and no external funding. Known customers of neofonie GmbH included AUDI AG, Axel Springer SE, Bauer, Burda, BMBF, BMWi, Creditreform e.V., Deutsche Bundesbank, Deutsche Post, DocInsider GmbH, eBay Inc., Gruner+Jahr, Lycos Inc., Madsack, n-tv, Tomorrow Focus and Wort & Bild Verlag.

He is registered inventor for several patents (a relevance weighting procedure for indexing hypertext documents using a search engine, a method for the shared editing of a quantity of data as well as a network and communications system designed for applying the method), developed in cooperation with colleagues from Deutsche Telekom AG and ComBOTS AG.

In 2004, he worked as external product manager for web.de in the search area and was project manager of web.de SmartSearch, which was voted Germany's best Internet search engine in 2005.

Since December 2007 he was Chairman of the Board at WeFind AG, a subsidiary of neofonie GmbH.

In January 2008 he initiated the foundation of neofonie mobile GmbH, another subsidiary of neofonie GmbH, focusing on the design and development of the first german apps for iPhone, Android phones and tablets with clients such as Axel Springer SE and other large publishers in Germany. Helmut Hoffer von Ankershoffen served as advisory council of neofonie mobile GmbH.

From April 2010 to September 2010 he was managing director and spokesperson for WeTab GmbH which was initially supported by multiple german publishers - the WeTab venture failed. Helmut Hoffer von Ankershoffen publicly apologised for mistakes made in those challenging 5 months and consequently stepped down from his roles at neofonie GmbH, neofonie mobile GmbH, WeFind AG and WeTab GmbH in September 2010.

In September 2010 he co-founded WeGreen UG with Maurice Stanszus, a friend and ex-employee from neofonie GmbH, building an award winning sustainability search engine as CTO. In addition he supported Berlin startups as private angel and council.

In 2013 he founded 20steps digital full service agency focusing on digital transformation for small and medium sized businesses in Germany, Canada and US such as the German council of sustainable development as part of the German Chancellory, Creditreform e.V., DocInsider GmbH, Hauptstadtkoffer, ICEF and the Languages Canada association. The agency is not taking on new clients since December 2017.

From December 2017 to September 2019 he served as CTO of Campanda GmbH a Berlin startup operating marketplaces for recreational vehicles world wide. 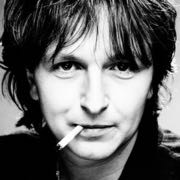