Hélène Ségara ([elɛn seɡaʁa]; born Hélène Aurore Alice Rizzo on 26 February 1971) is a French singer who came to prominence playing the role of Esmeralda in the French musical Notre Dame de Paris. She has sold over 10 million records.

Childhood in the French Riviera

Hélène Ségara was born on 26 February 1971 on her grandfather's farm in Six-Fours-les-Plages. Her father, Bernardo Rizzo, is of Italian descent and mother, Therese Kasbarian, is Armenian. She has cited her parents' divorce when she was eight and the death of her grandfather when she was 16 as defining moments of her childhood.

As she wanted to become a singer, she left school and family at the age of 14. As a teenager, her jobs included performing in the piano bars of the French Riviera.

At 18, she gave birth to Raphael, her first son. Drawing on many musical influences she was a prolific songwriter during this period, and her repertoire grew to over a thousand songs in seven languages. In 1993, her first single, "Loin", was released, but failed to achieve success.

In 1996, accompanied by her young son, she moved to Paris, where she met Christian Loigerot, who became one of her composers. She also met the famous producer Orlando Gigliotti, Dalida's brother, who gave new impetus to her career. Although impressed by the experience and professionalism of this mentor, she was still under contract with her first producer.

Ségara's first success came with "Je vous aime adieu," the first single from her debut album, Cœur de verre (1996), followed by the duet "Vivo per lei," performed with Andrea Bocelli. Her big break came when she was selected to play Esmeralda in Richard Cocciante's musical Notre Dame de Paris. Although she auditioned for the role in 1997, she wasn't selected until 1999, following the withdrawal of the Israeli singer Noa. "When fate knocks at the door for a second time, we must not let it get away," said Ségara.

However, her career was jeopardized after she was diagnosed with a cyst on her vocal cords although she continued to perform. During a show in Canada, she lost her voice. Her producer then resold her contract to Orlando, while a laser operation was carried out to treat her vocal cords.

After her recovery, she recorded her second album, Au Nom d'une femme in 2000 which topped the charts in France. Five singles were released from the album. Ségara then began a concert tour that lasted about two years. A video recording of the concert she gave at the Olympia in Paris on this occasion was released. According to a poll made by the IFOP, Segara was the French people's favourite French singer at the time.

In March 2003, she released a third album, Humaine, including "On n'oublie rien, on vit avec", a duet with Laura Pausini and "L'Amour est un soleil", composed by Romano Musumarra. The album sold around 700,000 copies. She began another tour in late 2003 but was forced to stop her performances because of a difficult pregnancy. In August 2003, Ségara married Mathieu Lecat (son of journalist Didier Lecat) in Ajaccio, with whom she had two further children: Matteo and Maïa.

Her fourth studio album, Quand l'éternité ... came out in 2006. The first single from this album, "Méfie-toi de moi", was followed by "Rien n'est comme avant". This album has a different style from previous ones, with more pronounced rock influences, with lyrics largely written by the singer, discussing issues such as absence, death and hope. The album eventually achieved gold status three months after its release for more than 200,000 copies sold. In early 2007, she began a new concert tour in France, including the Palais des Sports in Paris.

In 2007, having finished the first part of her tour, two other songs from the album received radio play, despite not being released as singles: "Tu ne seras jamais libre" and "Father". In late 2007, several editions came out: a box set with of 3 CDs (Les 50 plus belles chansons d'Hélène Segara), two boxes consisting of two CDs with a new cover (Cœur de verre + Au Nom d'une femme, Humaine + Quand l'éternité...) and a CD 'Prestige' with 15 tracks. In February 2008, she released "La Moitié de nous", a duet with Bruno Pelletier, with a percentage of profits given to the charity Rêves. The tour "Quand l'éternité..." ran until summer 2008, in France and abroad.

In 2014 Hélène performed the song "Memory" musical Cats with the quartet Il Divo. The song was included on the disk group A Musical Affair (2014). 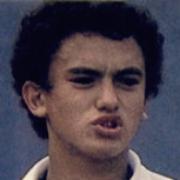 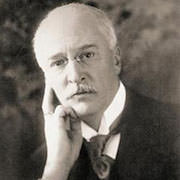