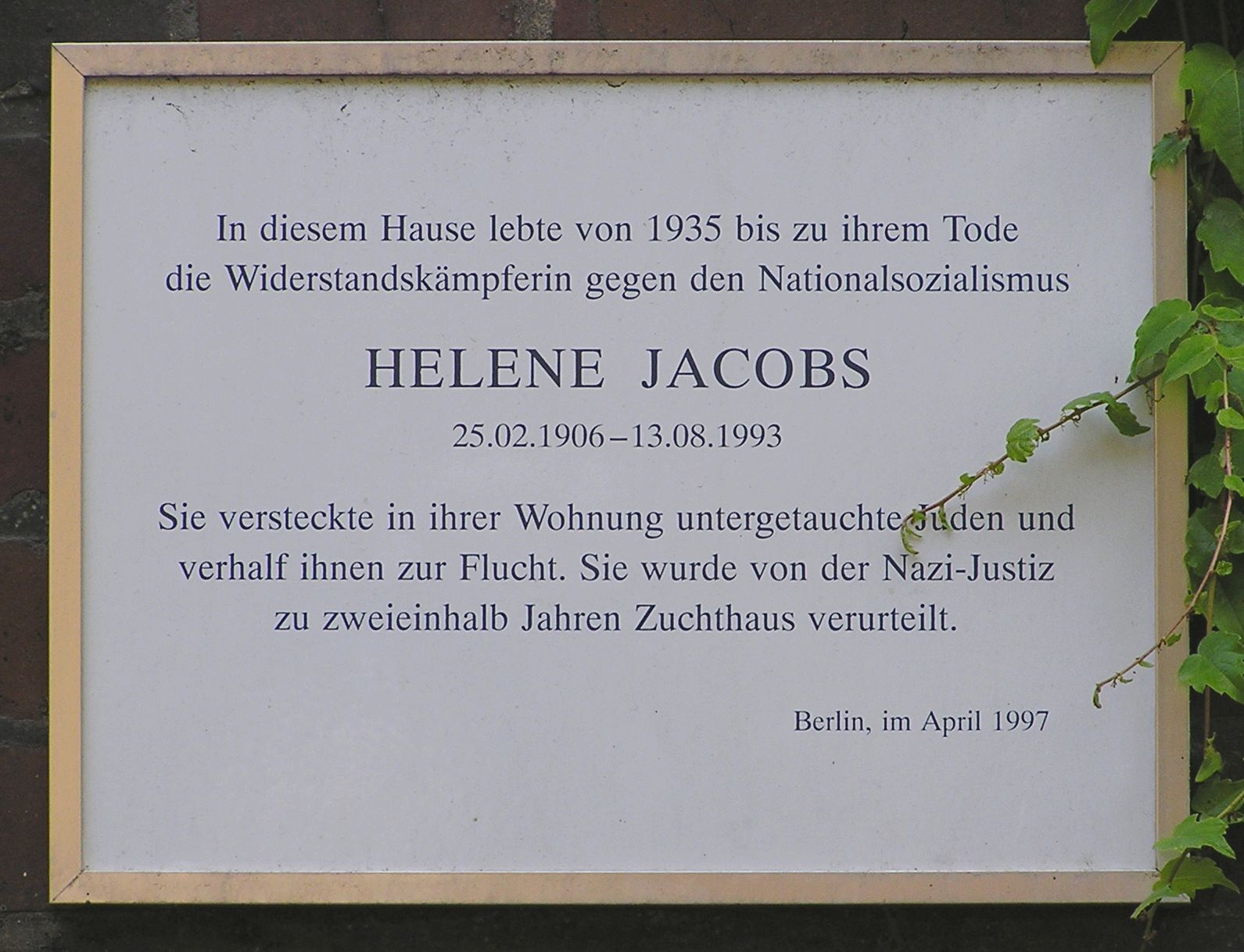 Helene Jacobs (25 February 1906, Schneidemühl – 13 August 1993, Berlin) was a member of the Confessing Church and of the German Resistance against National Socialism.

Jacobs was the secretary to a Jewish patent attorney and (from 1934 onwards) a member of the Confessing Church. She joined a group centred on the lawyer Franz Herbert Kaufmann which, from 1940 onwards, hid Jews fleeing Nazi persecution and helped them to escape from Germany. Jacobs hid some Jews in her own house out of a Christian-Socialist motivation, until she was denounced in 1943 and subsequently convicted to two and a half years' imprisonment in a zuchthaus or penitentiary.

Jacobs was a member of the Society for Christian-Jewish Cooperation since its foundation in 1949 and was honoured by Yad Vashem as Righteous Among the Nations. She died in 1993 and was buried at the Waldfriedhof Dahlem, where she was given a memorial in 2004.

"I had nothing to do with illegality. My world was falling apart, and I wanted to defend it. On 30 January 1933, as Hitler became Reich-chancellor, I lost my homeland. The antisemitic Nuremberg Laws (1935), that arbitrarily excluded a section of the population from citizenship, especially got under my skin. I wanted to help these hounded people."(http://www.brunnenstrasse.de/_buch/23.shtml) The inscription on the plaque on Bonner Straße 2 in the Künstlerkolonie Wilmersdorf translates as: