Helena Wanda Błażusiakówna (born circa 1927) was a Polish girl whose words were set to music by Henryk Górecki in his Symphony No. 3 Sorrowful Songs. She was from the vicinity of Zakopane, a town in the far south of Poland, and was a member of the Góral ("mountain dweller") community, which spanned the border with Czeckoslovakia in the Tatra mountains.

Under the Nazi occupation of Poland in World War II, on September 26, 1944, the 18 year old Błażusiakówna was arrested and held in the Gestapo headquarters in Zakopane. During her imprisonment she scratched a short prayer into the wall of cell number 3, which was subsequently discovered by the Polish composer Henryk Górecki and set to music as the second movement of his Symphony No. 3 'Sorrowful Songs'.

Błażusiakówna survived the war and was married in Wadowice in 1950.

The prayer which Błażusiakówna scratched into a cell wall during her imprisonment by the Gestapo. The signature read: Helena Wanda Blazusiakowna, aged 18, detained since 25 September, 1944.

The contents of this page are sourced from Wikipedia article on 20 Jul 2020. The contents are available under the CC BY-SA 4.0 license.
comments so far.
Comments
From our partners
Sponsored
Reference sources
References
https://www.classicfm.com/composers/gorecki/music/symphony-no3-symphony-sorrowful-son/
http://www.cdtimes.co.uk/content.php?contentid=150
https://web.archive.org/web/20070607182456/http://www.cdtimes.co.uk/content.php?contentid=150
https://www.nytimes.com/1994/02/27/magazine/henryk-gorecki.html
https://www.genealogy.com/forum/surnames/topics/poland/34228/
https://www.lieder.net/lieder/assemble_texts.html?SongCycleId=1293
https://www.academia.edu/37692957/La_terza_sinfonia_di_Henryk_Miko%C5%82aj_G%C3%B3recki_appunti_per_unanalisi_testuale_e_contestuale 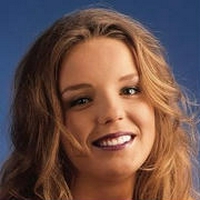