Helen Taylor Thompson OBE (born 9 August 1924) is a British aid worker who co-founded Europe's first AIDS hospice. She was chosen as one of the BBC's 100 Women celebrated in 2018.

Thompson was involved with sending coded messages to the Special Operations Executive during World War Two. She signed the official secrets act when aged nineteen and had to keep the details of her work to herself.

Thompson first came to notice in 1952 when she became a member of the board of the Mildray Hospital. The hospital was meant to be closed in 1988 but she led the campaign to keep it open and it became Europe's first AIDS hospital. She became the chairperson.

In 1995, the Community Action Network began to be formed as a result of a meal organised by Adele Blakebrough, Lord Andrew Mawson and Thompson. The meal was known as the Great Banquet as 33,000 people had a meal together. The Community Action Network began formally in 1998 and it is now (2018) known as CAN and it provides support for other charities.

As medication developed and need changed, Mildmay quickly changed its focus from end of life care to specialised assessment and rehabilitation and a new building was opened in 2014.

The contents of this page are sourced from Wikipedia article on 29 Dec 2019. The contents are available under the CC BY-SA 4.0 license.
comments so far.
Comments
From our partners
Sponsored
Reference sources
References
https://can-online.org.uk/about-can/news-and-blog/happy-birthday-helen-taylor-thompson-obe-can-founder-turns-94
https://twitter.com/CANhq/status/1027554202246111232
https://www.bbc.com/news/av/world-43307604/international-women-s-day-the-93-year-old-spy-still-keeping-war-secrets
https://can-online.org.uk/about-can/trustees/helen-taylor-thompson-biography
https://www.churchtimes.co.uk/articles/2014/7-november/news/uk/mildmay-hospital-reopens-in-new-era-of-hiv-treatment
https://www.bbc.com/news/world-46225037 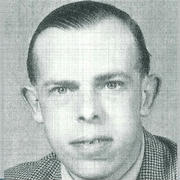