Helen Richardson was born in Hitchin, Hertfordshire and grew up in West Bridgford, Nottinghamshire with her 3 older brothers. She began playing hockey at a young age, joining West Bridgford Hockey Club at the age of seven. She initially attended Uphill Primary school in Weston Super-Mare before returning to her home town of West Bridgford where she attended West Bridgford School and South Nottingham College. Richardson-Walsh started a degree course in Human Biology at Aston University in 2000 but did not complete the course.

Richardson-Walsh achieved 293 international caps for England and Great Britain, making her at the point of her retirement, the 5th most capped GB player in the history of the women's game. She represented Great Britain at the Sydney, Beijing, London and Rio Olympic Games. Career highlights include an Olympic Gold (2016) and Bronze medal (2012), European Gold medal (2015), World Cup Bronze medal (2010), Champions Trophy (2012) and Commonwealth Games (2002) Silver medals.

Richardson-Walsh won her first England cap in 1999, at the age of 17. At age 18 she was a member of the Great Britain team at the 2000 Olympics in Sydney, becoming the youngest female hockey player to represent Great Britain at an Olympic Games.

Richardson was a member of the silver medal-winning England team at the 2002 Commonwealth Games. After the 2002 World Cup she underwent three operations on her ankle, returning to the sport in 2004.

Richardson won bronze medals with the England team at the 2006 and 2010 Commonwealth Games. She competed in her second Olympics in 2008, where Great Britain did not advance to the semi-finals.

Richardson was part of the Great Britain team that won the bronze medal at the 2012 Olympics in London, captaining the team for two games after regular captain Kate Walsh broke her jaw in the opening match. Between 2013 and 2014 she underwent surgery twice for spinal disc herniation. She was left out of the England squad for the 2014 World Cup, but returned to international hockey with the Great Britain team in April 2015. In August 2015 she was part of the England team that won the EuroHockey Nations Championship for the first time, scoring a penalty in the gold medal match penalty shoot-out against the Netherlands.

Richardson-Walsh was a member of the Great Britain team that won the gold medal at the 2016 Summer Olympics, the first time that Great Britain had won gold in women's hockey. She scored one of Great Britain's two penalties in the deciding penalty shoot-out in the final against the Netherlands.

After the 2008 Olympics she spent a year playing for HC Den Bosch in the Netherlands before returning to England, after which she played for Reading Hockey Club for seven years. In 2016 Richardson-Walsh announced that she would leave Reading Hockey Club with her wife Kate to join HC Bloemendaal in the Netherlands after the Olympics, and suggested that she would retire from international hockey. In June 2017 Richardson-Walsh and her wife returned from HC Bloemendaal after helping the team maintain their place in the Hoofdklasse.

Richardson-Walsh announced she had signed for Cambridge City Hockey Club on a 12-month contract for the 2017/2018 season. The women's team plays in the Investec Women's League, Conference East and the club is chaired by her brother Andy Richardson. In 2018 Richardson-Walsh confirmed that she would play for another season at CCHC, as well as taking on an Assistant Coaching role at the club.

In December 2017 Richardson-Walsh and her wife Kate both signed for East Grinstead Hockey Club for the Jaffa Super Sixes indoor hockey season.

Other career and voluntary work

In July 2014 during a break from hockey caused by injury, Richardson-Walsh volunteered in Bali teaching English to fishmen and their families and participating in a coral re-building programme.

As a lifelong Spurs fan, Richardson-Walsh is a patron of the Proud Lilywhites, the official LGBT association of Tottenham Hotspur Football Club (2014 – current). Richardson-Walsh is also an Ambassador for Access Sport, a charity whose mission is to give more children, particularly in disadvantaged areas, access to a wide range of quality local sport (2014 – current).

Richardson-Walsh was part of the commentary team for the 2017 Eurohockey championships, along with her wife Kate, which was broadcast on BT Sport She also provided hockey commentary and analysis for BBC sport and Radio 5 Live at the 2018 Commonwealth Games and for BBC 5 Live and BT Sport at the 2018 Hockey World Cup.

For the 2017-2018 academic year, Richardson-Walsh joined The Perse School in Cambridge as a part-time Games Coach.

Richardson-Walsh was selected to be an Athlete Role Model for the Youth Olympic Games which will take place in Bunoes Aires, Argentina in 2018. She will be representing hockey and Team GB, providing workshops, taking part in Q&A session and advising young athletes.

Having graduated from the Open University with a degree in Psychology in 2017, Richardson-Walsh has said she will study for a master's degree in Organisational Psychology.

In 2009, she was shortlisted for the International Hockey Federation's World Player of the Year Award and has been named in the FIH World All Stars Team three times, in 2009, 2010 and 2011.

In 2009, 2011 and 2016 she was awarded the Majorie Pollard Salver, making her the first player to receive the award three times.

In 2009, she was named as the BOA Athlete of the Year by Great Britain Hockey.

In the 2017 New Year Honours Richardson-Walsh was awarded an MBE for services to hockey. Her wife and teammate Kate received an OBE, making them the first same-sex married couple to be honoured in the same list.

Richardson-Walsh has completed a degree in psychology with the Open University.. As of October 2019 she is studying for a masters in institutional psychology.

Richardson-Walsh has spoken about mental health issues including her experiences of depression in 2008 and 2014. 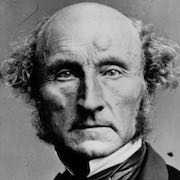 Maker of clocks and automata