Helen-Ann Macleod Hartley (born 28 May 1973) is a British Anglican bishop and academic. She has been the Bishop of Ripon in the Church of England, an area bishop of the Diocese of Leeds, since 2018. She previously served as Bishop of Waikato in New Zealand from 2014 to 2017. She was the first woman to have trained as a priest in the Church of England to join the episcopate, and the third woman to become a bishop of the Anglican Church in Aotearoa, New Zealand and Polynesia.

Hartley was born Helen-Ann Francis on 28 May 1973 in Edinburgh, Scotland. She was baptised in Coldingham Priory, Coldingham, Berwickshire, where her father was the minister. She spent her childhood in Sunderland, England. Her father was a Church of Scotland minister but the family moved to Anglicanism in the 1980s. In 1987, her father became a Church of England priest and served in the Diocese of Durham; he was later made an honorary canon of Durham Cathedral; and Helen-Ann's mother also later became a priest. Francis was educated in Sunderland at Benedict Biscop Primary School (a Church of England primary school) and St Anthony’s Secondary School (an all-girls Roman Catholic secondary school; now St Anthony's Girls' Catholic Academy) before attending university.

She has attended a number of universities where she studied theology. She graduated from the University of St Andrews with an undergraduate Master of Theology (MTheol) degree in 1995, and from Princeton Theological Seminary (PTS) with a Master of Theology (MTh) degree in 1996. PTS is a seminary associated with the Presbyterian Church (USA). Later, she studied at the University of Oxford and graduated with a Postgraduate Diploma (PGDip) in applied theology, a Master of Philosophy (MPhil) degree in 2000, and a Doctor of Philosophy (DPhil) degree in 2005. Her DPhil thesis concerned the portrayal of manual labour in Judaism and Early Christianity.

Hartley is a fourth generation cleric. She was an acolyte at Durham Cathedral during her youth. She attended the Oxford Ministry Course at Ripon College Cuddesdon to undergo ministerial formation.

Hartley was ordained in the Church of England: made a deacon at Michaelmas 2005 (24 September), by Richard Harries, Bishop of Oxford, at Christ Church Cathedral, Oxford, and ordained priest the Michaelmas following (24 September 2006), by Colin Fletcher, Bishop of Dorchester, at Dorchester Abbey. She then began her ministry as a curate in a group of parishes in Wheatley, Oxfordshire. In 2007, she became curate at St Mary and St Nicholas Church, Littlemore. In addition to serving as a curate, she worked as a lecturer in New Testament studies at Ripon College Cuddesdon. She later became the theological college's Director of Biblical Studies.

In November 2011, Hartley was selected to become Dean of Tikanga Pakeha, i.e. European heritage, students at St John's College, Auckland in New Zealand. The college is co-deputised by three deans who represent the three main peoples of New Zealand: Pakeha, Maori and Polynesians. She originally went to St John's College in 2010 to research for a book, Making Sense of the Bible, before moving to New Zealand to take up the appointment of Dean in early 2012.

In September 2013, Hartley was elected to become the seventh Bishop of Waikato. She was consecrated on 22 February 2014, by Philip Richardson, Archbishop of New Zealand (with co-primates Brown Turei, Te Pīhopa o Aotearoa, and Winston Halapua, Bishop of Polynesia, and other bishops) at St Peter's Cathedral, Hamilton (i.e. Waikato's cathedral). She was the first woman who had trained and served as a priest in the Church of England to become a bishop: at the time of her election, women couldn't be consecrated to the episcopate of the Church of England. The Diocese of Waikato and Taranaki is unique within the Anglican Communion as it is led by co-diocesan bishops: Hartley and Philip Richardson, as Bishop of Taranaki, have joint oversight of the whole diocese.

The contents of this page are sourced from Wikipedia article on 11 Jul 2020. The contents are available under the CC BY-SA 4.0 license.
View Helen-Ann Hartley 's image gallery
Image Gallery 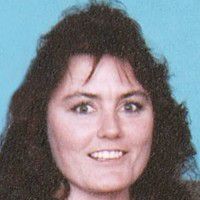 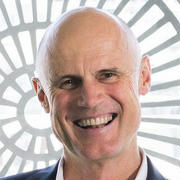 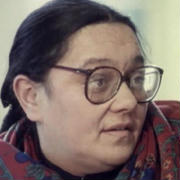 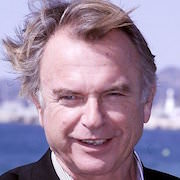