Heinrich Wilhelm Gottfried von Waldeyer-Hartz (6 October 1836 – 23 January 1921) was a German anatomist, famous for consolidating the neuron theory of organization of the nervous system and for naming the chromosome. He is also remembered in two macroanatomical structures of the human body which were named after him: Waldeyer's tonsillar ring (the lymphoid tissue ring of the naso- and oropharynx) and Waldeyer's glands (of the eyelids).

Waldeyer's name is sometimes associated in neuroscience with the so-called "neuron theory" and for popularizing the term "neuron" to describe the basic structural unit of the nervous system. Waldeyer used the path-breaking discoveries by neuroanatomists (and later Nobel Prize winners) Camillo Golgi (1843–1926) and Santiago Ramón y Cajal (1852–1934), who had used the silver nitrate method of staining nerve tissue (Golgi's method) to formulate a short brilliant synthesis, even though he did not contribute with any original observations.

This method allowed them to study in exquisite detail the branching processes of nerve cells (axons and dendrites) and how they seemed to interconnect among themselves, forming chains and neural networks which could explain the physiological mechanisms underlying the phenomena of information transfer between neurons. Waldeyer learned Spanish in order to absorb Cajal's extraordinary detailed studies using Golgi's method and became his friend, mentor and promoter in the German-dominated field of microscopic anatomy. The theory was published in a series of papers in the main medical journal of Germany, Deutsche Medizinische Wochenschrift, which became extremely influential. However, as Cajal points out, though Waldeyer "supported the theory with the prestige of his authority, he did not contribute a single personal observation. He limited himself to a short brilliant exposition of the objective proofs, adduced by His, Kölliker, Retzius, van Gehuchten and myself, and he invented the fortunate term neuron. " Cajal's continuing hard work on the following decade was able to prove many aspects of the neuron theory, including the directionality of synaptic transmission, and ultimately Cajal won over Golgi on their dispute of the neuron doctrine vs. the syncytium theory.

Waldeyer also studied the basophilic stained filaments which had been found to be the main constituents of chromatin, the material inside the cell nucleus, by his colleague of Kiel, Walther Flemming (1843–1905). Although its significance for genetics and for cell biology was still to be discovered, these filaments were known to be involved in the phenomenon of cell division discovered by Flemming, named mitosis. as well as in meiosis. He coined in 1888 the term “chromosome” (1888) to describe them.

Among his many other anatomical and embryological studies, Waldeyer became known for his pioneering research on the development of teeth and hair, many of the terms he invented are still in use today. He also published the first embryological, anatomical and functional studies about the naso-oro-pharyngeal lymphatic tissue, which received his name. 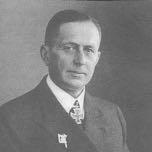