Bernd Heinrich Wilhelm von Kleist (18 October 1777 – 21 November 1811) was a German poet, dramatist, novelist, short story writer and journalist. The Kleist Prize, a prestigious prize for German literature, is named after him, as was the Kleist Theater in his birthplace.

Kleist was born into the von Kleist family in Frankfurt an der Oder in the Margraviate of Brandenburg. After a scanty education, he entered the Prussian Army in 1792, served in the Rhine campaign of 1796, and retired from the service in 1799 with the rank of lieutenant. He studied law and philosophy at the Viadrina University and in 1800 received a subordinate post in the Ministry of Finance at Berlin.

In the following year, Kleist's roving, restless spirit got the better of him, and procuring a lengthened leave of absence he visited Paris and then settled in Switzerland. There he found congenial friends in Heinrich Zschokke and Ludwig Wieland (de) (1777–1819), son of the poet Christoph Martin Wieland; and to them he read his first drama, a gloomy tragedy, The Schroffenstein Family (de) (1803).

In the autumn of 1802, Kleist returned to Germany; he visited Goethe, Schiller, and Wieland in Weimar, stayed for a while in Leipzig and Dresden, again proceeded to Paris, and returning in 1804 to his post in Berlin was transferred to the Domänenkammer (department for the administration of crown lands) at Königsberg. On a journey to Dresden in 1807, Kleist was arrested by the French as a spy; he remained a close prisoner of France in the Fort de Joux. On regaining his liberty, he proceeded to Dresden, where, in conjunction with Adam Heinrich Müller (1779–1829), he published the journal Phöbus in 1808. In 1809 Kleist went to Prague, and ultimately settled in Berlin, where he edited (1810/1811) the Berliner Abendblätter (de). Captivated by the intellectual and musical accomplishments of the terminally ill Henriette Vogel, Kleist, who was himself more disheartened and embittered than ever, agreed to do her bidding and die with her, carrying out this resolution by first shooting Vogel and then himself on the shore of the Kleiner Wannsee (Little Wannsee) near Potsdam, on 21 November 1811.

According to the Encyclopædia Britannica Eleventh Edition, "Kleist's whole life was filled by a restless striving after ideal and illusory happiness, and this is largely reflected in his work. He was by far the most important North German dramatist of the Romantic movement, and no other of the Romanticists approaches him in the energy with which he expresses patriotic indignation."

A life with a plan

In the spring of 1799, the 21-year-old Kleist wrote a letter to his half-sister Ulrike in which he found it "incomprehensible how a human being can live without a plan for his life" (Lebensplan). In effect, Kleist sought and discovered an overwhelming sense of security by looking to the future with a definitive plan for his life. It brought him happiness and assured him of confidence, especially knowing that life without a plan only saw despair and discomfort. The irony of his later suicide has been the fodder of his critics.

His first tragedy was The Schroffenstein Family (Die Familie Schroffenstein). The material for the second, Penthesilea (1808), queen of the Amazons, is taken from a Greek source and presents a picture of wild passion. More successful than either of these was his romantic play, Käthchen of Heilbronn (Das Käthchen von Heilbronn) (1808), a poetic drama full of medieval bustle and mystery, which retained its popularity for many years.

In comedy, Kleist made a name with The Broken Jug (Der zerbrochne Krug) (1808), while Amphitryon (de) (1808), an adaptation of Molière's comedy, received critical acclaim long after his death. Of Kleist's other dramas, Die Hermannsschlacht (1809) is a dramatic work of anti-Napoleonic propaganda, written as Austria and France went to war. It has been described by Carl Schmitt as the "greatest partisan work of all time". In it he gives vent to his hatred of his country's oppressors. This, together with the drama The Prince of Homburg (Prinz Friedrich von Homburg oder die Schlacht bei Fehrbellin), which is among his best works, was first published by Ludwig Tieck in Kleist's Hinterlassene Schriften (1821). Robert Guiskard, a drama conceived on a grand plan, was left a fragment.

Kleist was also a master in the art of narrative, and of his Gesammelte Erzählungen (Collected Short Stories) (1810–1811), Michael Kohlhaas, in which the famous Brandenburg horse dealer in Martin Luther's day is immortalized, is one of the best German stories of its time. The Earthquake in Chile (Das Erdbeben in Chili) and St. Cecilia, or the Power of Music (Die heilige Cäcilie oder die Gewalt der Musik) are also fine examples of Kleist's story telling as is The Marquise of O (Die Marquise von O.). His short narratives influenced those of Kafka and the novellas of the Austrian writer, Friedrich Halm. He also wrote patriotic lyrics in the context of the Napoleonic Wars.

Kleist's work also delved into the realm of rhetoric. Most notable for his use of error and understanding its importance, Kleist's devices used were misspeaking, misunderstanding, mistaken identities, and other confusions of the sort. In his works one can see the most prevalent use of rhetoric within Penthesilea. In the story moments of violence, seduction and war all hinge upon errors in language. Through these errors, Kleist shows how error can influence everyday situation and can be the causation of serious problems. As a sum, Kleist's use of error explores what one can make of ironic errors within speech.

Kleist is also famous for his essays on subjects of aesthetics and psychology which, to the closer look, show a keen insight into the metaphysical questions discussed by philosophers of his time, such as Kant, Fichte and Schelling.

On the Gradual Production of Thoughts Whilst Speaking

In the first of his larger essays, On the Gradual Production of Thoughts Whilst Speaking (Über die allmähliche Verfertigung der Gedanken beim Reden (de)), Kleist claims that most people are advised to speak only about what they already understand. Instead of talking about what you already know, Kleist admonishes his readers to speak to others with "the sensible intention of instructing yourself." Fostering a dialogue through the art of "skillful questioning" is the key behind achieving a rational or enlightened state of mind. And yet, Kleist employs the example of the French Revolution as the climactic event of the Enlightenment era whereby man broke free from his dark and feudal chains in favor of liberty, equality, fraternity. It is not that easy though for Kleist. Man cannot simply guide himself into the future with a rational mind as his primary tool. Therefore, Kleist strongly advocates for the usefulness of reflection ex post facto or after the fact. In doing so, man will be able to mold his collective consciousness in a manner conducive to the principles of free will. By reflecting after the fact, man will avoid the seemingly detestable inhibitions offered in rational thought. In other words, the will to power has "its splendid source in the feelings," and thus, man must overcome his "struggle with Fate" with a balanced mixture of wisdom and passion. 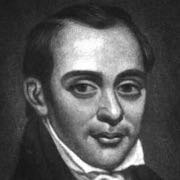