Heinrich Scheel (born 11 December 1915 in Kreuzberg, † 7 January 1996 in Berlin) was a German left-wing historian and longtime vice president of the East German Academy of Sciences. Scheel was notable for putting forward a theory of German radical at the time of the French revolution, in an attempt to determine an alternative tradition in Germany. Scheel was most notable for being a German Red Orchestra resistance fighter against the Third Reich.

Scheel grew up in a dedicated working class, social democratic family and was significantly influenced by attending the Schulfarm Insel Scharfenberg, a boarding school that is located on an island in the middle of Lake Tegel, and was based on Weimar reform education (German:Landerziehungshiem), i.e. a total program of child development in a rural setting. Scheel attended the school from 1929 to 1934. This resulted in an opposition to Nazism. Together with his classmates Hans Coppi and Hans Lautenschläger resistance to the Nazis was formed. In 1932, Scheel joined the Communist Youth Association of Germany (KJVD).

Scheel meet Harro Schulze-Boysen and Kurt Schumacher via the librarian Lotte Berggtel-Schleif. Scheel and his friends questioned the meaning of the newly signed Molotov–Ribbentrop Pact and wanted to discuss this measure with the politically experienced Schulze-Boysen. Schulze-Boysen had defended the pact and in the course of this encounter got in touch with several friends around Scheel and Hans Coppi who was also part of the Red Orchestra. Due to Coppi being arrested and sent to Oranienburg concentration camp in January 1934 and being found unfit for drafting into military service, Scheel agreed to form contacts with other resistance groups. Scheel eventually became the liaison man between Coppi and Schulze-Boysen.

On 16 September 1942 Scheel was arrested in Berlin and escaped a death penalty due to an ingenious defence to the Reichskriegsgericht that resulted in him being sentenced to five years imprisonment.

Scheel was sent to prison at Aschendorf in Lower Saxony, but in July 1944 after a year of forced labour, Scheel was put on probation and sent to a Strafbataillon, due to the chronic lack of suitable men for the front. At the end of 1944, he was captured and sent to an American prisoner of war camp.

For much of the period that encompassed the cold war, the Red Orchestra was seen as a distinctly communist organisation that was beholden to the Soviet Union. In the 1970s there was a growing interest in the various forms of resistance and opposition. However, no group was so systematically misinformed and recognised as little as the resistance groups around Arvid Harnack and Harro Schulze-Boysen.

Between 1984 and 1990, Heinrich Scheel's analysed the Red orchestra and constructed a more nuanced picture of different groups. In the process, Scheel discovered the work that was done to defame them both during the war and afterwards. Scheel's paper triggered a reevaluation of the Red Orchestra both in Germany and the world, but it was not until 2009 that the German Bundestag overturned the judgments of the National Socialist judiciary for "treason" and rehabilitated the members of the Rote Kapelle.

From 1935 to 1940, Scheel studied German Philology, History and English as a student at the Friedrich Wilhelm University of Berlin. In 1939, Scheel was conscripted into the Wehrmacht and was posted as a weather service inspector (German:Wetterdienst-Inspekteur) by the Luftwaffe to the Tempelhof area of Berlin, and later posted to the Rangsdorf area for a similar assignment.

Scheel spent the first year after the war unemployed, then in 1946 became an assistant of the Schulfarm Insel Scharfenberg. In 1947, Scheel undertook education management training by Wilhem Blume and became the principle of Schulfarm Insel Scharfenberg, a position he held until 1949, but was dismissed for being a member of the Sozialistische Einheitspartei Deutschlands, and charges of communist infiltration in the school. Scheel then returned to university by obtained a position at the Humboldt University of Berlin and at the same time studied English and History. Scheel was promoted with a Doctor of Philosophy with a dissertation on the popular revolutionary movement in south-western Germany from 1795 to 1801 on the 12 March 1956. In 1960 Scheel habilitated and qualified to teach at Universit with a habilitation thesis on the South German Jacobins religious order.

From 1949 to 1956, Scheel was Member, Division Head and then Deputy Director of the Institute of History at the Academy of Sciences. In 1960, Scheel was promoted to Professor of German History. 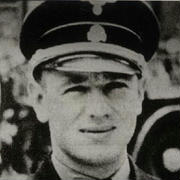