Heinrich Kuhl (September 17, 1797 – September 14, 1821) was a German naturalist and zoologist.
Kuhl was born in Hanau (Hesse, Germany). Between 1817 and 1820 he was the assistant of professor Th. van Swinderen, docent Natural History at the University of Groningen in Groningen (Netherlands). In 1817 he published a monograph on bats, and in 1819 he published a survey of the parrots, Conspectus psittacorum. He also published the first monograph on the petrels, and a list of all the birds illustrated in Daubenton's Planches Enluminées and with his friend Johan Coenraad van Hasselt (1797–1823) Beiträge zur Zoologie und vergleichenden Anatomie ("Contributions to Zoology and Comparative Anatomy") that were published at Frankfurt-am-Main, 1820.
In 1820 he became assistant to Coenraad Jacob Temminck at the Leiden Rijksmuseum van Natuurlijke Historie. He then travelled to Java, then part of the colonial Netherlands East Indies, with his friend van Hasselt, to study the animals of the island, sending back to the museum at Leiden 200 skeletons, 200 mammal skins of 65 species, 2000 bird skins, 1400 fish, 300 reptiles and amphibians, and many insects and crustaceans.
He described many new species and new genera of amphibians and reptiles.
In 1821 he died in Buitenzorg (now Bogor) of a liver infection brought on by the climate and overexertion. He had been less than a year in Java. Johan van Hasselt continued his work collecting specimens, but died two years later. The partners are buried in a single grave in the Botanoical Garden, Bogor, marked with a small column. 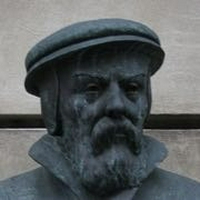