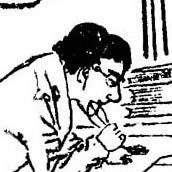 Heinrich Bürger (or: Heinrich Burger) (Hamelin, 29 February 1804, or 7 November 1804, or 20 January 1806, - Indramayu (Java) 25 March 1858) was a German physicist, biologist and botanist employed by the Dutch government, and an entrepreneur. He was important for the study of Japanese fauna and flora.

Bürger's exact birth date is unknown. Bürger himself gave 29 February 1804. Most archival sources have the year 1806; it looks as if Heinrich moved his birth date two years back so as to appear older. Bürger was Jewish; his father Samuel Burger was a merchant and “Schutzjude” in Hamlin, who went bankrupt in 1817, and died in 1821.

In the years 1821-1822 Heinrich studied mathematics and astronomy at Göttingen university. Though he sometimes used the title of doctor, no proof has been found of an academic promotion. In 1824 Bürger left for Batavia (Dutch East Indies), now Jakarta, where he visited the school for apothecaries. On 14 January 1825 he gained the degree of apothecary 3rd class.

On 14 June 1825 Heinrich Bürger was appointed by the Dutch government as the assistant of Philipp Franz von Siebold on the isle of Dejima (Nagasaki, Japan) for the "natural research" in Japan. He left for Japan on 1 July. On Dejima Bürger did chemistry and biological research, and he taught the Japanese. He also was head of pharmacy and assisted Siebold's polyclinical visits to patients outside Dejima. In 1828 Bürger was appointed as successor of Von Siebold as far as the chemical, natural and biological work was concerned. In the following years he collected large quantities of minerals, plants and animals, among which 650 fishes. Much of this material was used for the later publication Fauna Japonica by Temminck and Schlegel. Plants sent by Bürger arrived in the botanical gardens of university cities like Leiden, Groningen, Munich, Paris, London, Florence and St. Louis. The Naturalis Museum in Leiden boasts a large Bürger collection.

In 1832 or 1833 (literary sources contradict each other here) Bürger was "added" to the "Committee for natural research in East-India". In that capacity he visited Sumatra between June and December 1833. In that period he planned a road from the Padang lowlands to the interior; the road through the Anai Valley (Batang Anai), which today is a tourist attraction because of its natural beauty. The realisation of this road earned him the Order of the Netherlands Lion. In 1833 Bürger married Anna Cornelia van Daalen in Padang. In 1834 he was back on Dejima, but he installed his wife in Batavia.

From 1 July 1835 Bürger was relieved of his duties in Japan. In 1840-1842 he traveled extensively with his family throughout western Europe. Back on Java he was pensioned off in 1842 as a member of the Natural Committee, and on 30 June 1843 he was honorably discharged from public service. Heinrich then moved into business, a.o. the production of rice and oil on Bangka, the Nederlandsch-Indische Zee-Assurantie Maatschappij (marine insurances), de Maatschappij tot Bevordering van Mijnontginningen in Nederlandsch-Indië (Society for the advancement of mining development in the Dutch Indies), which operated on Borneo, and he was co-owner of sugar factory Rejosari in Magetan (Madiun Residency, Java). Bürger also was a prominent member of the social club "De Harmonie" in Batavia 1850-1853.

Although Bürger is mentioned in the IPNI, he did not describe new plants. But he has been honoured by those who worked on his collections: they have named many of the new species he collected after him. These species can be recognized by the epitheton “Buergerianum” or “Burgeri(i)”, such as:

“burgerianum” 19 distinct (i.e., excluding combinations for the same plant in different genera) taxa that at some point been published at the level of species including:

The standard author abbreviation Bürger is used to indicate this person as the author when citing a botanical name. 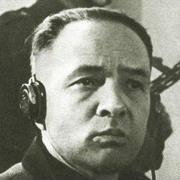