Meyer-Bahlburg earned his Diplom from University of Hamburg in 1966 and his Dr. rer. nat. in Psychology from University of Düsseldorf in 1970. He took a position at State University of New York, Buffalo and at Children’s Hospital in Buffalo, New York in 1970. Since 1977 he has held appointments at New York State Psychiatric Institute and Columbia University where he has been Professor of Clinical Psychology since 1990. In 1978, he took a position at New York Presbyterian Hospital and has been a Full Professional Psychologist there since 1990. Since 1987, he has been affiliated with the HIV Center for Clinical and Behavioral Studies.

Meyer-Bahlburg believes homosexuality may be an issue of brain chemistry. He has observed that women who took the synthetic estrogen Diethylstilbestrol when pregnant were more likely to have daughters with bisexual or homosexual tendencies. His research interests include the effect of biological factors, medical treatments, gender assignment, and rearing conditions in the development of gender-related behavior, temperament, sexual orientation, and gender identity in various forms of intersexuality. He has published on the effect of genital ambiguity and genital surgery on later sexual functioning in 46,XX congenital adrenal hyperplasia. Meyer-Bahlburg published with John Money and others on the topic of psychoneuroendocrinology and its effects on sexual orientation and gender identity. In collaboration with Maria New, Meyer-Bahlburg published a long term analysis of the psychological effects of the use of prenatal dexamethasone to treat Congenital Adrenal Hyperplasia.

Meyer-Bahlburg served on the American Psychiatric Association DSM-III Gender Identity Disorder Committee, and the DSM-IV Subcommittee on Gender Identity Disorders. He was also Adviser to the Sexual Disorder Text Revision Work Group for DSM-IV-TR. He treats gender identity disorder in children, taking about ten cases a year in the 1990s. He has written that gender identity depends largely on postnatal environmental influences, while sex-dimorphic behavior and temperamental sex differences appear to be modified by prenatal sex hormones. Meyer-Bahlburg notes that when parents bring in children for treatment, the “basic fear in this homophobic country is usually homosexuality."

His research interests in the field of HIV include psychosexual assessment, development and determinants of sexual risk behavior, and the effects of HIV on sexual functioning.

Meyer-Bahlburg was President of the International Academy of Sex Research from 1990 to 1991 and since 2002 has served on the Committee on Intersexuality for the Harry Benjamin International Gender Dysphoria Association.

The contents of this page are sourced from Wikipedia article on 24 May 2020. The contents are available under the CC BY-SA 4.0 license.
comments so far.
Comments
From our partners
Sponsored
Reference sources
References
http://asp.cumc.columbia.edu/facdb/profile_list.asp?uni=hfm2&DepAffil=Psychiatry
https://web.archive.org/web/20080613223311/http://www.hivcenternyc.org/people/heinomeyerbahlburg.html
https://web.archive.org/web/20081202042554/http://www.genetic.org/knowledge/support/action/C98/
https://d-nb.info/gnd/172510597
https://viaf.org/viaf/209303232
https://www.worldcat.org/identities/viaf-209303232 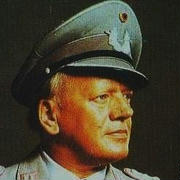 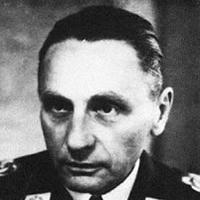