Müller was born in Eppendorf, Saxony. He joined the Socialist Unity Party of Germany (Sozialistische Einheitspartei Deutschlands, SED) in 1947 and began serving for the German Writers' Association (Deutscher Schriftsteller-Verband, DSV) in 1954. Müller became one of the most important dramatists of the German Democratic Republic and won the Heinrich Mann Prize in 1959 and the Kleist Prize in 1990.

His relationship with the East German state began to deteriorate, however, with his drama Die Umsiedlerin (The Resettler Woman) which was censored in 1961 after only one performance. Müller was banned from the Writers' Association in the same year. The East German government remained wary of Müller in subsequent years, preventing the premiere of Der Bau (Construction Site) in 1965 and censoring his Mauser in the early 1970s. Yet despite these hardships, Müller's work began to gain popularity both in West Germany and internationally at this time. Many of his best-known plays from this period were premiered in the West: this includes Germania Death in Berlin, which was first performed in 1978 at the Munich Kammerspiele. Heiner Müller himself directed a production of The Mission (Der Auftrag) in Bochum in 1982. In Paris, Jean Jourdheuil directed the world premiere of Hamletmachine (Die Hamletmaschine) in 1979. English translations, first by Helen Fehervary and Marc Silberman, then by Carl Weber, introduced Müller to the English speaking world in the mid- and late 1970s; Müller's controversial play Mauser was first performed in 1975 in Austin, Texas.

Due to his growing worldwide fame, Müller was able to regain acceptance in East Germany. He was admitted to the DDR Academy of Arts, Berlin in 1984 – only two years before he became a member of parallel West Berlin academy. Despite earlier honors, Müller was not readmitted to the East German Writers' Association until 1988, shortly before the end of the GDR. After the fall of the Wall, Müller became final president of the DDR Academy of the Arts from 1990 until its 1993 merger with the western academy.

In 1992, he was invited to join the directorate of the Berliner Ensemble, Brecht's former company at the Theater am Schiffbauerdamm, as one of its five members along with Peter Zadek, Peter Palitzsch, Fritz Marquardt and Matthias Langhoff. In 1995, shortly before his death, Müller was appointed as the theatre's sole artistic director. During the last five years of his life, Müller continued to live in Berlin and work all over Germany and Europe, mostly directing productions of his own works. He wrote few new dramatic texts in this time, though, like Brecht, he did produce much poetry in his final years. In the last half-decade of his life, Müller also worked towards transforming the interview into a literary genre. Müller died in Berlin of throat cancer in 1995, acknowledged as one of the greatest living German authors and the most important German language dramatists since Bertolt Brecht. Müller is buried at Berlin's famous Dorotheenstadt cemetery, the final resting place of some of Germany's most important artists and philosophers: including Bertolt Brecht, Georg Wilhelm Friedrich Hegel, Karl Friedrich Schinkel, and Heinrich Mann. Müller's grave was designed by his last stage designer Mark Lammert.

Over a decade after his death, Müller continues to have an enormous influence on European playwriting, dramaturgy, and performance. In 1998, the journal New German Critique devoted a special issue to his work. He is the only playwright to have ever received such an honor. In 2009, one of Europe’s leading intellectual publishing houses, Suhrkamp, issued the final three volumes in a twelve-volume edition of Müller's collected works. The only twentieth-century German dramatist who holds the same status is Bertolt Brecht.

Müller has also paved the way for a new generation of directors, playwrights, and dramaturgs who regard themselves as "samplers." Müller adopted Brecht's notion of Kopien (German for "copying"), the practice of regarding texts by others as material to be used, imitated, and rewritten. In regards to Brecht's own oeuvre, Müller stated "To use Brecht without criticizing him is treason." For Müller, the work of other writers and artists was not seen as private property; it was to be used as raw material for his own work. Thus, Müller's work in the theater marks the beginning of a tradition of densely poetic dramaturgy based in the logic of association, rather than linear "dramatic" narrative.

Jonathan Kalb, theater critic for The New York Times, describes Müller's legacy on theatre as replacing the "closed" didactical form of the Brechtian parable with "open" dramatic forms offering multiple meanings based, in Hans-Thies Lehmann's words, on a surreal "montage dramaturg . . . in which the reality-level of characters and events vacillates hazily between life and dream and the stage becomes a hotbed of spirits and quotes outside any homogeneous notion of space and time." Based on Müller's breakthrough work "Hamletmachine," Giannina Braschi, a leading force of the Nuyorican poetry movement, wrote "United States of Banana". In reference to Müller, Tony Kushner declares, "Write into the void, learn to embrace isolation, in which we may commence undistractedly our dreadful but all-important dialogue with the dead. Forget about love and turn your face to history." With Müller's work, theater is a forum for examining history; it is "a dialogue with the dead." 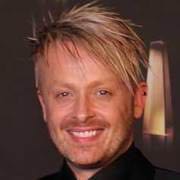