Heiko Herrlich (born 3 December 1971 in Mannheim) is a German football manager and former football centre forward. Since December 2015, he has managed Jahn Regensburg.

Herrlich played 258 matches (1989–2004) in the German Bundesliga and scored 75 goals for Bayer 04 Leverkusen, Borussia Mönchengladbach and Borussia Dortmund. With Borussia Dortmund he won the German championship in 1996 and 2002, the Champions League and the Intercontinental Cup in 1997. With Borussia Mönchengladbach he won the DFB-Pokal in 1995, which he had also won in 1993 with Bayer Leverkusen.

In autumn 2000, it was discovered that he had a malignant brain tumor. He was successfully treated with radiation therapy and returned to Bundesliga action 2001 but was not able to return to his former glory as a player. He ended his professional career in 2004 after several injuries.

In 1995, he played five matches for the German national team, all in qualifying matches for UEFA Euro 1996. He scored once, against Wales, but missed the final tournament, which Germany won, due to injury.

He received his coaching license in 2005 and began coaching the youth team of Borussia Dortmund. He also became the German spokesman for the 2006 World Cup for people with disabilities.

At the beginning of the 2011–12 season, he was named new manager of SpVgg Unterhaching. He left the club on 25 May 2012 for personal reasons. He finished with a record of 13 wins, eight draws, and 19 losses.

On 21 June 2013, he became the manager for the Bayern Munich U-17 team. In June 2015, Bayern Munich restructured their youth department and Herrlich left Munich.

On 20 December 2015, he took over Jahn Regensburg. His contract runs until the end of the 2015–16 season, but it will be extended for another year if the Jahn achieves promotion to the 3. Liga. 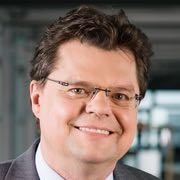