Makatsch was born in Düsseldorf, Germany, the daughter of former German national ice hockey team goaltender Rainer Makatsch. She spent several months in New Mexico in 1988 in an effort to improve her English, and later studied politics and sociology at the University of Düsseldorf for four semesters, which was followed by an apprenticeship as a dressmaker until 1994. Makatsch at the 2012 Hessen Film and Cinema Prize

Her television career started in 1993, when she was hired by music channel VIVA, hosting shows such as Interaktiv and Heikes Hausbesuche; two years later, on August 13, 1995, she became the host of the German chart show Bravo TV, aired by RTL II, a position she kept until summer 1996. In 1997, she started hosting her own weekly, late night show titled Heike Makatsch Show. However, due to bad ratings, it was cancelled after only eight episodes.

Makatsch first appeared in a movie in 1996, when she starred in Detlev Buck's Männerpension (English: "Jailbirds"); she received the Bavarian Film Award as most talented young actor for her performance. Since then, she has appeared in several German and English language productions including the romantic comedy Love Actually. She is perhaps best known for her role as Lisa Addison, Matt's sister in the Capcom video game-based sci-fi/horror film Resident Evil (2002).

Makatsch was in a seven-year relationship with British actor Daniel Craig, ending in 2001.

She has two daughters, born in 2007 and 2009, with Max Martin Schröder from the German indie band Tomte. 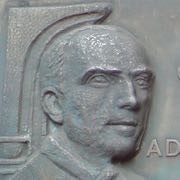