On 29 November 2010 it was rumored that she would sign with top Hungarian team Győri Audi ETO KC, but Løke refused to comment on the speculations until the forthcoming European Championship were over.

Few weeks later, on 31 December 2010, it was announced that Løke had agreed a two-years contract with Győr and would join her new club after the ongoing season was finished. As Larvik's general manager Bjørn-Gunnar Bruun Hansen revealed, they were in negotiation talks with Løke for a while, but the excellent line player got an offer they simply could not match. Shortly after her signing with Györ, Larvik's head coach Karl Erik Bøhn was dismissed from his job, due to his role in the events.

On 1 March 2012 Løke was given the IHF World Player of the Year award in recognition of her performances throughout 2011 both on club and international level.

Heidi is not the only professional handballer in the Løke family. Her older brother, Frank Løke is playing for Lübbecke and the Norwegian national team. Her sister, Lise Løke is a player for Postenligaen team Storhamar Håndball.

She had a relationship with her former coach Leif Gautestad, with whom she had a son, Alexander, born in 2007. The couple separated in 2010.

She recently broke up with former partner Karl Erik Bøhn. 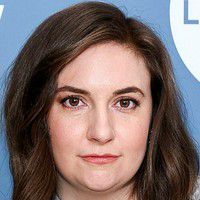