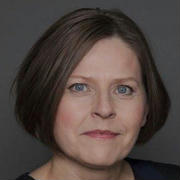 She is currently a Member of the European Parliament for the third time. Previously she held the post from 1995 to 2003 and 2009 to 2011 when she chaired the Subcommittee on Human Rights 2009–2011. She served as minister for international development and ownership steering issues in Jyrki Katainen's cabinet.

Hautala was born in the northern Finnish city of Oulu in 1955. Her father was a high-ranking war-hero who later went on to become one of the region’s most powerful bankers.

After less than two years on the assembly’s influential environment committee, Hautala was chosen to steer a highly sensitive proposal for a Fuel Quality Directive through the parliament.

As a member of the Committee on Legal Affairs between 1999 and 2003, Hautala participated in the negotiations to increase openness in the EU. In 2001, she successfully took the Council of the European Union to the European Court of Justice over access to a document on arms export rules. The Court ruled that the ministers should have considered publishing at least part of the document. The so-called "Hautala case" set a precedent in European law for access to documents. In 2002, Hautala led a campaign for the European Parliament to set up a public register of members’ assistants.

Between 2002 and 2003, Hautala was the president of the European Parliament Intergroup on Public Health.

Hautala returned to the national Parliament in the elections of 2003.

Hautala was the chair of the Administrative Council of Neste Oil, a Finnish oil refining and marketing company producing mainly transportation fuels and other refined petroleum products. She works closely with EU affairs as a member of the Grand Committee. In addition, she chaired the Green parliamentary group and was the Chair of the Legal Affairs Committee in the Finnish Parliament. Also she was a member of the Parliament's Speaker's Council, as well as the chair of the National Equality Commission (TANE). She advocates environmental responsibility, openness in politics, and global justice.

In 2009, Hautala was re-elected to the European Parliament, where she served as chair of the Subcommittee on Human Rights and as member of the Committee on Foreign Affairs.

Hautal became well-known for promoting transparency in the EU after winning the case against the Council on access to documents on arm trade., known as the Hautala Case T-14/98.

Hautala is a signatory of the 2010 Declaration on Crimes of Communism, a patron of its preceding conference, and was a member of the Reconciliation of European Histories Group as an MEP.

Hautala was nominated the minister of international development and state ownership to Jyrki Katainen's government in 2011. In 2013 it emerged Hautala had hired cleaning lady and repair work without taking care of the employer payments. She agreed to pay the contributions and apologised for her actions, and resigned from the ministerial working group against the informal economy. Later, she promoted Palkkaus.fi service that was inspired by her making it easy for private employers to handle all the employer payments through a website.

Hautala resigned from her development and state ownership steering minister position in October 2013 amidst of allegations of abuse of power. She stated that she could no longer work as a minister, because she had been inaccurate and remembered things incorrectly. She had given the press inaccurate information concerning her actions in politically managing state-owned company Arctia Shipping, when the company wanted to initiate police investigations against Greenpeace in 2012.

In a protest against Arctic ice drilling a year earlier, members of Greenpeace had illegally boarded the multipurpose icebreakers Fennica and Nordica operated by the state-owned company Arctia Shipping under contract to the Royal Dutch Shell. Hautala's office had recommended that the company withdraw its criminal complaint against Greenpeace, and threatened to fire the management in case that they disobliged. When Iltalehti first broke the story, Hautala initially had a different account of the events, denying that her office had pressured the company.

Hautala had also made comments in an open support of Greenpeace activists detained in Russia under piracy charges, criticising Russia of "disproportionately tough measures" against the members of the NGO.

In February 2014 the Chancellor of Justice Jaakko Jonkka stated, that nor Hautala nor the head of the state ownership steering unit of the government acted unlawfully when preventing the filing criminal charges a case against Greenpeace.

Later, former activists of the Finnish Seafarer's Union admitted they had started the Arctia Shipping case with the help of Finns Party's Matti Putkonen (fi). Hautala considered having been a target of the union activists because of lay offs due to sectoral reforms.

Member of the European Parliament, 2014–present

Hautala – alongside Roswitha Fessler-Ketteler, Vytautas Landsbergis, Aleksi Malmberg and Frank Schwalba-Hoth – has been serving on the advisory board of the Caucasian Chamber Orchestra association and its German "Förderverein".

So when Heidi Hautala, a Green MP and former environment minister [sic], blasted declining democratic standards in Vladimir Putin's Russia, the sense of shock in Helsinki was palpable. .... The nervous reaction to Ms Hautala's remarks has provided a faint echo of the self-censorship of the Soviet era, when the term "Finlandisation" was coined to describe countries that quietly tailored their politics and policies to suit Moscow. "The mindset has not totally changed. It's still there in the back of our heads," said Lasse Lehtinen, a Finnish MEP. Ms Hautala's worries were well founded, he added. "There is a general, growing feeling of unease about Russia for the past two years or so. We don't say it, but we think it."

Hautala introduced Nekrasov to Bill Browder, whose manipulated interview excerpts were used in Nekrasov's film The Magnitsky Act – Behind the Scenes