Hector Xavier Monsegur (born 1983) known also by the online pseudonym Sabu (pronounced Sə'buː, Sæ'buː), is an American computer hacker and co-founder of the hacking group LulzSec. He later turned informant for the FBI, working with the agency for over ten months to aid them in identifying other hackers from LulzSec and related groups. LulzSec intervened in the affairs of organizations such as News Corporation, Stratfor, UK and American law enforcement bodies and Irish political party Fine Gael.
Sabu featured prominently in the group's published IRC chats, and claimed to support the "Free Topiary" campaign. The Economist referred to Sabu as one of LulzSec's six core members and their "most expert" hacker.

Sabu was identified by Backtrace Security as "Hector Monsegur [sic]" on March 11, 2011 in a PDF publication named "Namshub."

On June 25, 2011, an anonymous pastebin post claimed to identify Sabu as Hector Xavier Monsegur, a man of Puerto Rican origin.

Arrest and activity as an informant for the FBI

On March 6, 2012, Sabu was revealed to be Hector Xavier Monsegur, a 28-year-old, unemployed foster parent of two girls (cousins) who were the children of Sabu's incarcerated aunt. Sabu attended, but did not graduate from, Washington Irving High School. He had been residing in his late grandmother's apartment in the Riis Houses in New York City.

Federal agents arrested Monsegur on June 7, 2011. The following day, Monsegur agreed to become an informant for the FBI and to continue his "Sabu" persona. "Since literally the day he was arrested, the defendant has been cooperating with the government proactively," sometimes staying up all night engaging in conversations with co-conspirators to help the government build cases against them, Assistant U.S. Attorney James Pastore said at a secret bail hearing on August 5, 2011. A few days after that bail hearing, Monsegur entered a guilty plea to 12 criminal charges, including multiple counts of conspiracy to engage in computer hacking, computer hacking in furtherance of fraud, conspiracy to commit access device fraud, conspiracy to commit bank fraud and aggravated identity theft. He faced up to 124 years in prison.

The FBI attempted to use Monsegur to entrap Nadim Kobeissi, author of the secure communication software Cryptocat, but without success.

Monsegur maintained his pretense until March 6, 2012, even tweeting his "opposition" to the federal government until the very last. The final day's tweets included, "The feds at this moment are scouring our lives without warrants. Without judges approval. This needs to change. Asap" and "The federal government is run by a bunch of fucking cowards. Don't give in to these people. Fight back. Stay strong". On March 6, 2012, the FBI announced the arrests of five male suspects: two from Britain, two from Ireland and one from the U.S.

Sabu has not been explicitly linked to the group Anonymous. The extent of crossover between the members of such hacktivist groups, however, is uncertain. Anonymous reacted to Sabu's unmasking and betrayal of LulzSec on Twitter, "#Anonymous is a hydra, cut off one head and we grow two back".

Steve Fishman of New York magazine said "On the Internet, Monsegur was now a reviled figure. At Jacob Riis, it was a different story. Those who knew him growing up were shocked—he was always 'respectful,' they said. But also, they were a little proud. In their eyes, he was a kid from the projects who'd achieved a certain success. He'd gotten out, finally."

A court filing made by prosecutors in late May 2014 revealed Monsegur had prevented 300 cyber attacks in the three years since 2011, including planned attacks on NASA, the U.S. military and media companies. "Monsegur's consistent and corroborated historical information, coupled with his substantial proactive cooperation and other evidence developed in the case, contributed directly to the identification, prosecution, and conviction of eight of his major co-conspirators, including Jeremy Hammond, who at the time of his arrest was the FBI's number one cyber-criminal target in the world," a sentencing memo among the documents filed said.

Monsegur served 7 months in prison after his arrest but had been free since then while awaiting sentencing. At his sentencing on May 27, 2014, he was given "time served" for co-operating with the FBI and set free under one year of probation.

Arrest and activity as an informant for the FBI 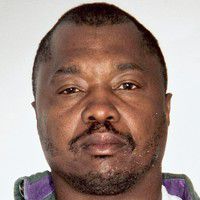 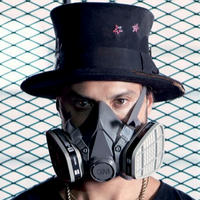