Héctor R. Luna (born February 1, 1980) is a Dominican Republic former professional baseball infielder. He last played for the Hiroshima Carp in Nippon Professional Baseball. He is primarily an infielder, but has played every position at the major league level except pitcher and catcher.

Luna was signed as an undrafted free agent by the Cleveland Indians in 1999 and played from 2000 to 2003 with the Indians farm system, reaching as high as AA with the Akron Aeros in 2003.

Luna was drafted by the St. Louis Cardinals from the Indians in the Rule 5 Draft in December 2003. He made his major league debut with the Cardinals on April 8, 2004. He hit a home run in his first Major League at-bat, against Milwaukee Brewers pitcher Chris Capuano.

In the 2004 World Series, while playing against the Boston Red Sox, Luna appeared in one game. In the eighth inning of the fourth game, he pinch hit for second baseman Tony Womack and struck out.

On July 30, 2006, Luna was traded by the Cardinals to the Cleveland Indians for second baseman Ronnie Belliard. He split second base duties with Joe Inglett for the remainder of the season.

After the 2006 season, the Indians acquired Josh Barfield from the San Diego Padres to be the team's everyday second baseman, leaving Luna to fight for a utility infield role with three other candidates during the team's 2007 spring training. He performed poorly during spring training, committing eight errors and batting just .012 in 28 spring games. The Indians kept Mike Rouse as their utility infielder and Luna began 2007 with the AAA Buffalo Bisons.

Luna became a free agent after the 2008 season and signed a minor league contract with the Los Angeles Dodgers.

Luna was assigned to the AAA Albuquerque Isotopes for the 2009 season. He had a successful year for the Isotopes, hitting .351 with 17 home runs and 51 RBI.

He spent 2010 in the Florida Marlins system and appeared in 27 games for the Marlins late in the season, hitting .138.

On January 3, 2011, Luna signed a minor league contract with the Boston Red Sox.

On December 21, 2011, Luna signed a minor league contract with the Philadelphia Phillies. After opening the 2012 season with the AAA Lehigh Valley IronPigs, his contract was purchased by the Phillies on May 11. Luna replaced the injured Laynce Nix on the Phillies' 25-man roster. He hit a grand slam in his first official at-bat as a Phillie five days later against the Chicago Cubs at Wrigley Field. He was released by the Phillies on August 30, 2012.

On December 18, 2015 as a free agent, Luna signed with the Hiroshima Carp on a one-year deal. In 2016, Luna played in 67 games for the Carp, batting .272 with five home runs and 34 RBIs. At the end of the season, Luna was one of 3 foreign players cut by the Carp including Jason Pridie and Steve Delabar.

Through four seasons in NPB, Luna had a career batting average of .309.

Sprint athlete from the Dominican Republic 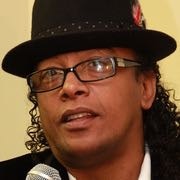