Heather Jean Chasen (born 20 July 1927) is an English actress. Chasen is known for her roles in soap operas; playing Valerie Pollard in the ITV soap opera Crossroads from 1982–86 and guest roles in Doctors, Holby City and Family Affairs. Chasen also played many roles in BBC Radio 2's The Navy Lark from 1959–77, and appeared in the television series Marked Personal from 1973–74. She played Lydia Simmonds in the BBC soap opera EastEnders, a role which received positive reviews from critics, EastEnders cast members and crew. Furthermore, she has appeared extensively in theatre productions and film; in 2012, she appeared in a film version of Les Misérables.

Chasen was born on 20 July 1927, in Singapore. Chasen's father, F.N. Chasen was an English ornithologist, who fought in World War I under the Norfolk Yeomanry as a trooper. In 1921, he left England, to work at the Raffles Library and Museum in Singapore, marrying Chasen's mother, Agnes H McCullock, in 1926. After Chasen's birth, her parents had another daughter, Christine Elizabeth, on 4 May 1931. Her parents split in 1938, and both remarried. Before the Japanese occupation, which led to the Battle of Singapore during World War II, Chasen and her mother left Singapore on the last boat before the occupation. Her father, on a separate ship, HMS Giang Bee, perished however, when it was sunk by the Japanese on 12 February 1942, and Chasen's new stepfather, G.C.R Franks, too perished fighting, a month later, on the 22 March. Chasen and her mother moved to England and Chasen trained at Royal Academy of Dramatic Art, where she then acted on stage and went on a tour with Frankie Howerd in Hotel Paradiso. She also appeared with Sybil Thorndike in Call Me Jacky, as well as going on tour with Douglas Fairbanks, Jr. in The Pleasure of his Company, in Toronto. Chasen is good friends with, and previously had a relationship with, Amanda Barrie. In 1949, she married John Webster in Surrey and has one son with him, Rupert, born in Kensington, 1955.

In 2011, Chasen was cast as Lydia Simmonds, Janine Butcher (Charlie Brooks)'s maternal grandmother and Norman Simmonds' (George Layton) mother, in the BBC soap opera EastEnders, after the original actress Margaret Tyzack had to pull out of the role due to personal reasons. Two episodes featuring Tyzack had already been broadcast, and she featured in a further one on 14 April. The producers wanted to keep Lydia in the show as they had plans for her, so Chasen was cast and she replaced Tyzack in the role, beginning filming on 15 April for scenes broadcast from 21 April. EastEnders' executive producer, Bryan Kirkwood, added: "In order to continue the current storyline we've taken the decision for Heather Chasen to take over the role of Lydia." The character died on-screen and Chasen made her last appearance on 13 June 2011, and, though not credited for it, did a voice-over for the 14 and 28 June episodes. Kirkwood later said "Lydia's storyline was perfect" and that Chasen had made the part her own after Tyzack's departure. Brooks said of the storyline as a whole, "I absolutely loved exploring Janine's background. I was really proud with the scenes with Heather Chasen [Lydia]. It was really hard work, but worth it."

Chasen has appeared in other television programmes such as The Bill and The Harry Hill Show. She has had guest roles in Z-Cars and Dixon of Dock Green and has voiced a number of characters in the radio show The Navy Lark, most notably WREN Heather Chasen and "battle axe" Ramona Povey. In soaps, she has had four separate stints in the BBC soap opera Doctors, with her most recent stint in 2014, reprising her role as Grace Barberry from 2012, played Sylvie Leigh in Holby City and played Madge Bennet in the Channel 5 soap opera, Family Affairs, for five episodes. More earlier credits include, playing "rich bitches" Caroline Kerr, in The Newcomers and Isabel Neal in Marked Personal, alongside Stephanie Beacham. She also played the "evil" headmistress in Schoolgirls in Uniform at the Battersea Arts Centre. In stage and theatre, Chasen appeared in The Rat Trap. Michael Billington from The Guardian described Chasen's character, Burrage the maid, as "trundling", rating the play three stars. Other than this, she has appeared in Pardon Ma Prime Minister alongside Gerald Flood and Paul Curran, written by Edward Taylor and John Graham who created the BBC radio series The Men from the Ministry. The Birmingham Mail described the play as "hilarious" and "promising". One of Chasen's more recent plays was My Three Angels in which she played Madame Parole, other plays include, The Man Who Came to Dinner, Who Bombed Birmingham playing Margaret Thatcher, and The Lizard of Rock, in which she played the main role, appearing alongside actor Jack Hawkins. Chasen opined that she had a "lovely time" playing Miss Marple in A Murder is Announced alongside Richard Todd and Barbara Murray. In 2009, Chasen appeared in the award-winning Anglo-Russian feature film Season of Mists, playing Jane. Chasen appeared alongside Marina Blake, Sergei Chonishvili, Ifan Huw Dafydd and ex-EastEnders actor Dudley Sutton. Other films Chasen has appeared in include, The Kiss of Tosca in 2000, The Toybox in 2003 and Cat Run, a 2011 film.

Chasen was nominated for the Tony Award for Best Performance by a Featured Actress in a Musical, while she appeared in the New York adaptation of A Severed Head between 1963-65. She appeared the cast of the Seasons of Mists which won a number of awards internationally. 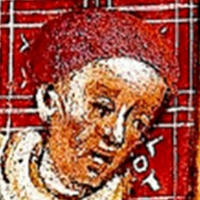