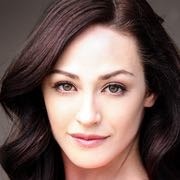 Haylee Ruth Roderick was born on November 1, 1990, in Sandy, Utah. She is of Italian descent. She has two older sisters, Amber and Carlee, and one younger brother, Riley. Roderick was raised in a Roman Catholic household. She attended Saint John the Baptist School and later Juan Diego Catholic High School. Roderick lives in Sherman Oaks.

Haylee Roderick has been a professional dancer for 16 years. She has received extensive training in classical and contemporary ballet, jazz, and hip-hop at the acclaimed Center Stage Performing Arts Studio in Orem, Utah. Roderick has been a featured performer in the production "Dancing under the Stars." She was a principal dancer in the Disney film High School Musical 3. She was also a performer in the 82nd Academy Awards. Roderick is a dancer on Glee and has accompanied the cast for the Glee Live! In Concert! tour. She is on the April 2011 cover of "Dance Spirit Magazine." Roderick has been featured in many music videos, including Hotel Nacional by Gloria Estefan featuring Susan Lucci, Patient by Twin Shadow, Eight Days by Chelsea Williams, Over You by Zak Waters, and Transcendence (Orchestral) by Lindsey Stirling.