Håvard Bøkko  /2hoːʋar 2bøku/  (born 2 February 1987) is a Norwegian speedskater, the premier skater from his country since 2008, with 32 national championships and thirteen international medals. He had junior results similar to those of Sven Kramer, Gianni Romme and Eric Heiden from the early 1980s before the clap skate. He is the older brother of Hege Bøkko. 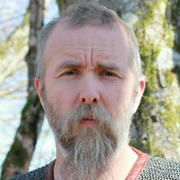