Muhammad Hatta Ali is the thirteenth and current Chief Justice of the Supreme Court of Indonesia.

In the election held on 8 February 2012, M. Hatta Ali comfortably won the position of chief justice ahead of four other candidates. He was sworn in as chief justice by President Susilo Bambang Yudhoyono on 1 March 2012. Hatta first became a judge in 1982 when he took up a position on the North Jakarta District Court. He was appointed to the High Court in 2003 and then to the Supreme Court in 2007.

The contents of this page are sourced from Wikipedia article on 24 Jun 2020. The contents are available under the CC BY-SA 4.0 license.
View Hatta Ali 's image gallery
Image Gallery 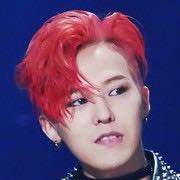