Hassiba Ben Bouali (Arabic: حسيبة بن بوعلي‎‎) (18 January 1938 – 9 October 1957) was a militant in the Algerian independence war (1954–62).
She was born in El-Asnam, Algeria. Her parents moved to Algiers in 1947, where she studied at the Lycée Delacroix (high-school). She joined the Scout Movement, and her travels made her aware of the conditions of the Algerian people under the colonial government. This motivated her to join the Union Générale des Étudiants Musulmans Algériens (General Union of Algerian Muslim Students) in 1954, at the age of 16. She participated in the nationalist struggle until her death. In the 1957 Battle of Algiers, she and three companions including Ali Ammar (aka Ali La Pointe) were killed when French forces bombed their hideout in the Casbah.
Benbouali was depicted in the movie The Battle of Algiers by Italian director Gillo Pontecorvo. One of the largest avenues in Algiers and the University of Chlef were named after her. 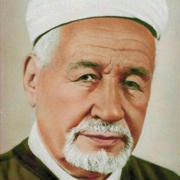