Hassan Bility (born 20 June 1969 in Yekepa, Nimba County) is a Liberian journalist, and the founder and Director of the Global Justice and Research Project (GJRP), a non-governmental organization dedicated to the documentation of war time atrocities in Liberia and to assisting victims in their pursuit of justice for these crimes.

During Liberia's civil wars, Bility was one of the country's most prominent journalists and human rights activists. While serving as Editor-in-Chief of the Analyst Newspaper under the regime of Charles Taylor, he was arrested multiple times. During the last of his arrests, he was accused of being an “unlawful combatant”, and was brutally tortured on Taylor's orders. He later testified in several trials, including the so-called ‘RUF trial’ of three former members of the Revolutionary United Front, as well as the trial of Charles Taylor, at the Special Court for Sierra Leone (SCSL); the trial of Charles McArthur Emmanuel, commonly known as Chuckie Taylor, in the USA; and the trial of Guus Kouwenhoven in the Netherlands.

Bility worked as Managing Editor of the National Newspaper, Monrovia, Liberia (1997—2000). In 2000, he became Editor-in-Chief of the Analyst Newspaper and the Training Officer of the Press Union of Liberia. At the same time, he was engaged as Coordinator of the London-based International Alert peace-building program, through the Press Union of Liberia, and served as Press Officer of the European Union (EU) Liberian office in Monrovia under Ambassador Brian O’Neal.

For one year, Bility was a contracted writer with Amnesty International (2003-2004).  In 2004, he became Director of Communication at the International Institute for Justice and Development (IIJD), based in Boston, Massachusetts, USA. He toured the US speaking and raising awareness about the atrocities committed in Liberia.

Since 2006, Bility has been working on the documentation of war-time crimes in Liberia in order assist in multiple investigations against alleged war criminals.

Bility founded the GJRP in 2012. Since then, under his leadership, the GJRP's documentation work has contributed to the investigation and arrest of multiple alleged Liberian war criminals throughout Europe and the US, including the arrests of:

●     Martina Johnson, a former commander of Charles Taylor's rebel group, the National Patriotic Front of Liberia (NFPL), for her implication in mutilations and mass killing committed in Liberia during the First Liberian Civil War (2014, Belgium);

●     Agnes Reeves Taylor, Charles Taylor’s ex-wife, for her suspected involvement with the NFPL during the First Liberian Civil War (2017, the UK);

●     Kunti K., a former commander of the ULIMO rebel group, for his alleged involvement in crimes against humanity committed during the First Liberian Civil War (2018, France); [LR4] and

●     Thomas Woewiyu, co-founder and former spokesperson of the NPFL, and for several years Charles Taylor’s Defence Minister (2018, the USA).

●     2018 – Judith Lee Stronach Human Rights award for his courage, and his singular pursuit of justice for Liberia. 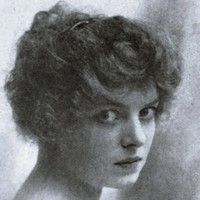 First made man ever to testify against the Chicago Outfit 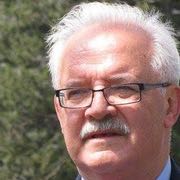