Haru Matsukata Reischauer (ハル・松方・ライシャワー, Haru Matsukata Raishawā, (1915 in Tokyo – 1998 in California)) was a writer and wife of the U.S. scholar and Ambassador to Japan (1961–1965) Edwin O. Reischauer. She was a granddaughter of Matsukata Masayoshi, a prime minister in the Meiji era known for his liberal policies over financial affairs, and silk importer and exporter Ryoichiro Arai. She was also a niece of the successful industrialist and art collector Kōjirō Matsukata. She was a sister of Tané Matsukata, founder of the Nishimachi International School in Tokyo. Her second cousin was Nobuhiko Ushiba, who served as Japanese Ambassador to the United States from 1970 to 1973. Her sisters were jewelry designer Miye Matsukata and educator Tané Matsukata.

She studied at Principia College in Illinois. She later worked as a newspaper reporter in the United States before meeting Edwin O. Reischauer, whom she married in 1956.

In 1961 she returned to Japan with her husband when he was appointed US Ambassador to Japan. They lived in Japan until 1966, a period during which she was able to contribute to the reinforcement of US and Japan relations

Back to the United States, she was to take an active role as a director of the Japan America Student Conference.

She is the author of the autobiography Samurai and Silk (1986) which is centered of her grandfathers and their successful roles during Japan's Meiji period.

The contents of this page are sourced from Wikipedia article on 27 Jul 2020. The contents are available under the CC BY-SA 4.0 license.
View Haru M. Reischauer 's image gallery
Image Gallery 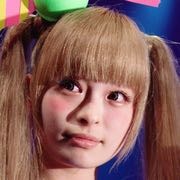