A right-arm seamer with a big outswinger, Harshal Patel took 23 wickets at an impressive average of 11 in the 2008-09 Under-19 Vinoo Mankad Trophy. He later made his one-day debut for Gujarat in 2009-10. Harshal's family had planned to move to USA, but his brother Tapan Patel and coach Tarak Trivedi saw to it that he stayed on in India for the sake of his cricket. Harshal was named in the U-19 squad for the 2010 World Cup in New Zealand. He was among three players from that squad to bag an IPL contract, with Mumbai Indians. Ignored by the Gujarat selectors for the first-class side, Harshal moved to Haryana and made an immediate impact in his debut Ranji Trophy season in 2011-12, running through Karnataka and Rajasthan with consecutive eight-fors in the quarter-final and semi-final. He has been given a Royal Challengers Bangalore contract in the 2012 IPL.

Patel's work with world-renowned fast bowling coach Ian Pont has paid dividends both at Corbett National Park and in Lahli, where Patel spent time under the coach's guidance at HCA training camps to generate more pace and improve his swing.

He debuted immediately against Delhi and then finally rose to fame when he took a brilliant five-for in a flat batting track in Bangalore. He backed up an incisive opening spell and wrapping up the tail by taking 3/9 in this last 4.5 overs.

He followed up that performance by taking a brilliant eight wickets for just 34 runs in the next game against defending champions Rajasthan. The opponents were bowled out for 89 and the day finished even with Haryana at 84/8. He thus became the first Haryana player since 1991 to catch the selectorial eyes with his performances.

He was thus awarded an IPL contract by Royal Challengers Bangalore. 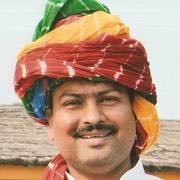 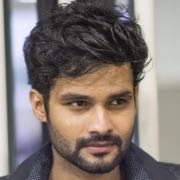