Harry M. Whittington (born March 3, 1927) is an American lawyer, real estate investor, and political figure from Austin, Texas who received international media attention on February 11, 2006, when he was shot by Vice President Dick Cheney while hunting quail with two women on a ranch in Kenedy County, Texas, near Corpus Christi.

Whittington was born in Henderson, Texas on March 3, 1927. He received his law degree from the University of Texas at Austin and began practicing law in Austin in 1950. Whittington was a member of the Texas Beta chapter of Phi Delta Theta. The same year, he married Mercedes Baker and they now have four daughters and six grandchildren. In 2006, a reporter for the Austin American-Statesman referred to him as "very rich, very stubborn and very patient." He has also been active in Texas state politics.

Over the years, he has been appointed to several committees and commissions, including the Office of Patient Protection Executive Committee (a committee formed by the governor of Texas to ensure the rights of patients), the Texas Public Finance Authority Board, and the Texas Department of Corrections. In the 1980s, as an appointee of Gov. Bill Clements, he was instrumental in bringing about reforms necessary for Texas to comply with a federal court order that found the state's treatment of its prisoners unconstitutional. Whittington is outspoken about his doubts about the death penalty as it is applied in Texas, especially in regard to defendants who are mentally handicapped.

Whittington was named presiding officer of the Texas Funeral Service Commission after a major shakeup of the agency in 1999. He was appointed by then-Texas Governor George W. Bush and re-appointed in 2002 by Governor Rick Perry. The term expired in 2007.

Whittington is a land owner in Travis County, Texas, with property amounting to a reported $11 million. Beginning in 2000, Whittington has been fighting a legal case over the eminent domain seizure of a city block of his property in Austin. The city wants to use the land to build a parking garage. Although he has been successful so far in court (the Texas Supreme Court refused to consider the case, effectively ruling in his favor), the city went ahead and built the garage anyway. In 2013, a Texas district court issued a judgment awarding fee simple title to Block 38 to the city of Austin and ordered that the Whittingtons recover $10,500,000 in compensation.

On Saturday, February 11, 2006, at approximately 5:30 p.m., Whittington was accidentally shot by U.S. Vice President Dick Cheney during a quail hunting trip, at a ranch in south Texas owned by Katharine Armstrong. Most of the damage from the shotgun blast was to the right side of his body, including damage to his face, chest, and neck. He was taken to Corpus Christi Memorial Hospital by ambulance. The accident was not announced in the news media until the White House confirmed the incident to the Corpus Christi Caller-Times approximately 12 hours after the incident.

Whittington was the first person to be shot by a sitting Vice President since Aaron Burr shot Alexander Hamilton in the Burr–Hamilton duel in 1804.

On February 14, some of the lead birdshot lodged in Whittington's heart caused a minor heart attack. Doctors did not plan to remove all the pellets from Whittington's body. They estimated that there were "less than 150 or 200" pellets lodged in his body immediately after the shooting, and about 30 pieces of shot will remain inside him for the rest of his life.

On February 17, Whittington made a public statement that "We all assume certain risks in whatever we do. Whatever activities we pursue and regardless of how experienced, careful and dedicated we are, accidents do and will happen." After being released from the hospital, he apologized to the Vice President and his family: "My family and I are deeply sorry for all that Vice President Cheney and his family have had to go through this week."

Following the incident, Whittington returned to private life and refused many media offers for interviews. In an October 2010 issue of the Washington Post, he broke his silence about the shooting. Whittington told the paper that although many media outlets had described Cheney and him as "good friends", the pair had only met one another three times in 30 years, and had never been hunting before. The Washington Post article also claimed that Cheney had violated "two basic rules of hunting safety": he failed to ensure that he had a clear shot before firing, and fired without being able to see blue sky beneath his target. The paper also reported that Cheney has still neither publicly nor privately apologized to Whittington for the shooting. 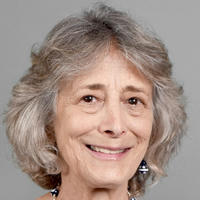