Topping was born in Kearsley, Lancashire and spent time with several Football League clubs, including Manchester City and Exeter City, where he made one league appearance, before a short spell at New Brighton.

During World War II he played for Stockport County, where he partnered his namesake Henry Westby Topping in several wartime matches in 1941–42. He played for Bristol Rovers in the FA Cup campaign of 1945–46.

He was coach to Norwich City in their run to the 1958–59 FA Cup semi-final. After leaving Norwich he coached Torquay United. 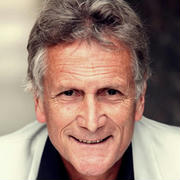