Henry ("Harry") Harvey Wood FRSE OBE (1903–1977) was a Scottish literary and artistic figure best known as a founder of the Edinburgh International Festival.

He was born in Edinburgh on 5 September 1903 the second of three children to Henry Wood (d.1934) a paper-maker, and his wife, Anne Cassidy. He was educated at the Royal High School, Edinburgh on Calton Hill then studied at the Edinburgh College of Art. He then moved to Edinburgh University to study English Literature under a Vans Dunlop Scholarship. He graduated MA in 1931.

He began lecturing in English Literature and Rhetoric at Edinburgh immediately after graduating. He spoke with a lisp.

In the Second World War he was declared unfit for active service, but worked briefly in Intelligence. Wood established a branch of the British Council in Edinburgh in 1940. He enlisted the help of artistic and literary friends such as the poet Edwin Muir

In 1943 he was elected a Fellow of the Royal Society of Edinburgh. His proposers were Stanley Cursiter, James Cameron Smail, Thomas Elder Dickson and James Pickering Kendall.

He also published critical editions of works by Robert Henryson and John Marston as well as a book on Scottish literature. He persuaded Rudolf Bing to meet with the Lord Provost of Edinburgh Sir John Falconer which led to the staging of the Festival in 1947. He served as the first chairman of the program committee and on the Executive Council.

He left Edinburgh in 1950 when asked to run the British Council in France. He worked briefly in London before again working for the Council in Italy from 1960 to 1965. He returned to Edinburgh University in 1965.

He died of cancer at his home, 158 Coleherne Court in London on 12 August 1977. He was cremated at Golders Green Crematorium on 17 august.

His portrait by Sir William Gillies is held by the Scottish National Portrait Gallery but is rarely displayed.

The contents of this page are sourced from Wikipedia article on 24 May 2020. The contents are available under the CC BY-SA 4.0 license.
View Harry Harvey Wood 's image gallery
Image Gallery 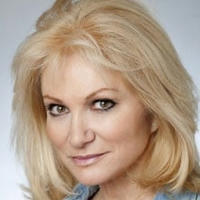