Earle Harry Decker was a Major League Baseball catcher. Walker was born on September 3, 1864 in Lockport, Illinois. He played four seasons in Major League Baseball, with the Indianapolis Hoosiers, Kansas City Cowboys, Detroit Wolverines, Washington Nationals, Philadelphia Phillies and Pittsburgh Pirates. Decker's primary position was catcher, but he also played outfield, first base, second base, third base and shortstop. SABR (Society for American Baseball Research)says Decker is credited by many as the inventor of the catcher's mitt. He also served time in San Quentin Penitentiary, California before receding into the mists of history. As is the case with approximately 200 other 19th century ballplayers, the date of his death is unknown.

The contents of this page are sourced from Wikipedia article on 28 Jul 2020. The contents are available under the CC BY-SA 4.0 license.
View Harry Decker 's image gallery
Image Gallery 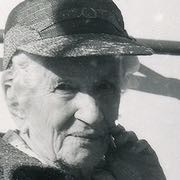