Harriet Sarah Jones-Loyd, Lady Wantage (1837 – 1920) was a British art collector and benefactor.
She was the sole heiress to the fortune of her parents Harriet Wright and Samuel Jones-Loyd, 1st Baron Overstone, who gave her Lockinge House near Wantage as a wedding present when she married Robert Loyd-Lindsay in 1858. The couple lived at 2 Carlton Gardens, London, Lockinge House, Berks, and Overstone Park and Ardington House.
She was a benefactor to many causes, most notably nursing, for which she founded the National Aid Society (later the British Red Cross Society). For this she was awarded the Order of the Red Cross in 1883. Two years later her husband was made peer of the realm and she wrote a biography of him which was published after his death. She is known for founding Wantage Hall and Abington Park.
Her large art collection was sold after her death. Notable paintings in her collection were: 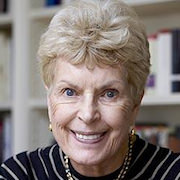