Devine was national AAU featherweight champion in 1928 and represented the United States in the 1928 Olympics in Amsterdam. There he defeated Fausto Montefiori of Italy in the Second Round and Kaarlo Vakeva of Finland in the Third Round. In the Semi-Final Round on August 10 he was beaten by Bep van Klaveren (who went on to take the Gold Medal) despite flooring Van Klaveren in the second round. Devine won the bronze medal in the featherweight class after winning the third place fight against Lucian Biquet.

As a professional, Devine was handicapped by being a southpaw who was avoided by other good fighters. Hand injuries held him back and he lost twice on cut eyes. Despite this he won the New England welterweight title in 1934 by defeating Werther Arcelli and defended it successfully against Pancho Villa of New Bedford, Massachusetts, before losing it to Frankie Britt. In 1935 he went to Australia, where he suffered two severe setbacks and then retired from the ring. 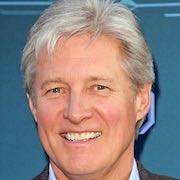