Harold Cole (24 January 1906 – 8 January 1946), also known as Harry Cole or Paul Cole, was a British soldier, who assisted and later betrayed the French Resistance during World War II. According to some accounts, he caused significant damage to the Allied cause. Cole was killed while resisting arrest from French law enforcement authorities after the war ended.
On 4 September 1939, after recently being released from prison, Cole enlisted in the British Army (Serial No. 1877989RE). He was assigned to an engineering unit, the 18th Field Park Company, part of the 4th Infantry Division. His unit was sent to France in late 1939 as a part of the British Expeditionary Force and was stationed in Loison-sous-Lens. Cole was promoted to sergeant, but was taken prisoner by German forces during the Fall of France in mid-1940.
Cole escaped soon afterwards, hiding in Lille and then Marseilles, where he helped establish and operate escape lines with the French Resistance. During this period he was known as "Paul Cole".
In 1941, he was re-captured by German forces. The Gestapo persuaded Cole to collaborate and betray the French Resistance in relation to the escape lines he had helped form in occupied France. He denounced many important figures in the resistance movement including Ian Garrow and Albert Guerisse of the Pat Line. It is believed Cole betrayed at least 150 members of the French Resistance, of whom 50 were executed by the Gestapo. Deputy Commander Reginald Spooner of Scotland Yard described him as "the worst traitor of the war".
By the end of the war, Cole was wanted by both French and British governments, and was pursued by MI9. He was captured at Bad Saulgau in June 1945 and imprisoned at the SHAEF military prison in Paris. He escaped on 18 November 1945 and a large manhunt was initiated to recapture him.
On 8 January 1946, after receiving a tip, French police shot Cole dead after discovering that he had been hiding on the fourth floor of a bar in the Rue de Grenelle in Paris. He was later buried in an unmarked pauper's grave in Paris. 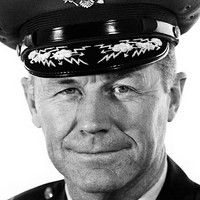