Harbhajan Singh Khalsa (born as Harbhajan Singh Puri) (August 26, 1929 – October 6, 2004), also known as Yogi Bhajan and Siri Singh Sahib to his followers, was a yogi, spiritual teacher, and entrepreneur, who introduced Kundalini Yoga to the United States. He was the spiritual director of the 3HO (Healthy, Happy, Holy Organization) Foundation, with over 300 centers in 35 countries.

Harbhajan Singh Khalsa was born on August 26, 1929 into a Sikh family in Kot Harkarn, Gujranwala district, in the province of Punjab (now in Pakistan). His father, Dr. Kartar Singh Puri, served the British Raj as a medical doctor. His mother, a Hindu, was named Harkrishan Kaur. His father was raised in the Sikh tradition and young Harbhajan was educated in a Catholic school run by nuns. Singh learned the fundamentals of Sikhism from his paternal grandfather, Bhai Fateh Singh. Theirs was a well-to-do landlord family, owning most of their village in the foothills of the Himalayas.

His schooling was interrupted in 1947 by the violent partition of India, when he and his family fled to New Delhi as refugees. There, Harbhajan Singh attended Camp College – a hastily put together arrangement for thousands of refugee students – and led the Sikh Students Federation in Delhi. Four years later, he graduated with a master's degree in Economics.

In 1953, Harbhajan Singh entered the Indian Civil Service. He served in the Revenue Department, where his duties took him all over India. Eventually, Harbhajan Singh was promoted to the post of customs inspector for the country's largest airport, outside Delhi. He married Inderjit Kaur Uppal in Delhi in 1954. Together, they had three children, Ranbir Singh Bhai, Kulbir Singh and Kamaljit Kaur.

Throughout his life, Harbhajan Singh continued his practice and pursuit of yogic knowledge. Singh's government duties often facilitated his traveling to remote ashrams and distant hermitages to seek out reclusive yogis and swamis. In the mid-1960s, Harbhajan Singh took up a position as instructor at the Vishwayatan Ashram in New Delhi, under Dhirendra Brahmachari. Harbhajan Singh emigrated to Canada in 1968.

Although a promised position as director of a new yogic studies department at the University of Toronto did not materialize because of the death of his sponsor, Harbhajan Singh made a considerable impact in the predominantly Anglo-Saxon metropolis. In three months, he established classes at several YMCAs, co-founded a yoga centre, was interviewed for national press and television, and helped set in motion the creation of eastern Canada's first Sikh temple in time for Guru Nanak's five hundredth birthday the following year.

In 1969, Harbhajan Singh established the 3HO (Healthy, Happy, Holy Organization) Foundation to further his missionary work. The Yogi's brand of Sikhism appealed to the hippies who formed the bulk of his early converts. The Sikh practice of not cutting one's hair or beard were already accepted by the hippie culture, as was Sikh vegetarianism. They liked to experience elevated states of awareness, and they also deeply wanted to feel they were contributing to a world of peace and social justice. Yogi Bhajan offered them all these things with vigorous yoga, an embracing holistic vision, and an optimistic spirit of sublime destiny.

Meanwhile, the surviving communal businesses had incorporated and many had grown exponentially to keep pace with the rising demand for health-oriented products and services. This period also saw an increased interest in yoga worldwide.

To serve the changing times, Harbhajan Singh created the International Kundalini Yoga Teachers Association, dedicated to setting standards for teachers and the propagation of the teachings.

In 1994, the 3HO Foundation joined the United Nations as a non-governmental organization in consultative status with the Economic and Social Council, representing women's issues, promoting human rights, and providing education about alternative systems of medicine.

In spring of 1969, soon after Harbhajan Singh had begun teaching in Los Angeles, a hit medley "Aquarius/Let the Sunshine In" was topping the music charts and being played everywhere. The performers, The 5th Dimension, happened to be signed to a record label owned by one of his students (and his green card sponsor), musician and entrepreneur Johnny Rivers.

Yogi Bhajan incorporated the storyline of the dawning new age into his teachings, a case of melding Western astrology with Sikh tradition. He proclaimed "Guru Nanak was the Guru for the Aquarian Age." It was, Harbhajan Singh declared, to be an age where people first experienced God, then believed, rather than the old way of believing and then being liberated by one's faith. Yogi Bhajan's timeline for the arrival of the Aquarian age varied over the years, but in 1992, he fixed it at 2012 and gave his students a set of morning meditations to practice until that date to prepare themselves. In the summer of 1970, Harbhajan Singh participated in an informal "Holy Man Jam" at the University of Colorado at Boulder with Swami Satchidananda, Stephen Gaskin of The Farm in Tennessee, Zen Buddhist Bill Quan-roshi, and other local spiritual leaders. A few weeks later, he organized a gathering of spiritual teachers to engage and inspire the 200,000 attendees of the Atlanta International Pop Festival on the stage between the performances of the bands.

All through the 1970s and 80s, as the Siri Singh Sahib of Sikh Dharma, Harbhajan Singh actively engaged in and chaired numerous inter-religious councils and forums, including the Inter-Religious Council of Southern California, the World Conference for the Unity of Man, and the World Parliament of Religions. In 1999, he gave a presentation at the Parliament of the World's Religions in Cape Town, South Africa.

As early as 1970, Khalsa was known to call on members of Congress in their Washington offices. He also befriended successive governors of the state of New Mexico. Harbhajan Singh was known as a Democrat. Since 1980, he was both friend and adviser to Bill Richardson.

When U.S. President Nixon called drugs America's "Number one domestic problem", Harbhajan Singh Khalsa launched a pilot program with two longtime heroin addicts in Washington, D.C. in 1972. The next year, a full-blown drug treatment center known as "3HO SuperHealth" was launched in Tucson, Arizona. The program used Kundalini Yoga, diet and massage therapy to treat the addicts and taught hundreds of techniques of yogic exericise and meditation. Many have been catalogued by their traditionally known effects in calming and healing the mind and body. Some of those techniques have been scientifically studied and applied in clinical practice with favorable results.

Harbhajan Singh Khalsa's received significant coverage in the North American media, particularly in the early 1970s when yoga was still a matter of general curiosity.

Yogi Bhajan's message of no drugs, family values and healthy living was widely popular, and many of the media stories were positive, serving not only to educate the public, but also to publicize the work of the 3HO Foundation. Some focused on the lifestyle, others on the inspiration behind the organization. Others focused on Singh's holistic approach to drug addiction. Some writers reported on Singh's officiating at mass marriages where many couples would be betrothed and everyone wore white. Others zeroed in on the issue of Sikhs up against the US Army dress code. While Newsweek, USA Today and Macleans Magazine in Canada published favorable articles about Harbhajan Singh in 1977, James Wilde of Time wrote a critical article that year, titled "Yogi Bhajan's Synthetic Sikhism". Wilde alleged that Gurucharan Singh Tohra, former President of the Shiromani Gurdwara Parbandhak Committee (SGPC), had stated that Harbhajan Singh is not the leader of Sikhism in the Western World as he claimed, and that Tohra had denied the SGPC had ever given the title of Siri Singh Sahib to Singh.

The Time article was followed by emphatic rebuttals from Tohra. There was also a demonstration held outside Time's London office and a detailed demand for a retraction published under the title "Time Will Tell" in the 3HO publication Beads of Truth, Issue 36, Fall 1977.

Harbhajan Singh is mentioned in a range of reference works, including the New Age Encyclopedia. Western scholarly appraisal of his work may be found in Hew McLeod's Who is a Sikh? and Sikhism, and in Verne A. Dusenbery's article "Punjabi Sikhs and Gora Sikhs: Conflicting Assertions of Sikh Identity in North America".

BBC interviewed Singh at the 300th anniversary celebration of the Baisakhi holiday at Anandpur Sahib, India in 1999.

Harbhajan Singh is also featured in books discussing the successes of Sikhs who had migrated from India to the West, including Surjit Kaur's Among the Sikhs: Reaching for the Stars and Gurmukh Singh's The Global Indian: The Sikhs.

Harbhajan Singh Khalsa died of complications of heart failure at his home in Española, New Mexico, on October 6, 2004, aged 75. He was survived by his wife, sons, daughter and five grandchildren. His passing was widely noted in the press, with obituaries appearing in The Los Angeles Times, the Times of India, The New York Times, and Yoga Journal. In addition, Singh's passing was noted by the Shiromani Gurdwara Parbandhak Committee, which closed its offices to commemorate his death.

Bhai Sahib Sardar Kapur Singh ICS, a Sikh scholar recognized by the Akal Takht as the National Professor of Sikhism, praised Singh highly for his work in spreading Sikhism in the West. In his words, "Glory be to the Guru who performs His work in the Western Hemisphere through this instrument. Blessed be those who have learned from him the teachings of the Guru, to accept and follow those teachings in unswerving faith and in humble recognition of the good that Harbhajan Singh has done in furthrance of the Guru's mission."

Dr. Fauja Singh, M.A., Ph.D, Professor and Director, Department of History and Punjab Historical Studies, Punjabi University, Patiala, India praised Singh's marriage of yoga and religion, saying "he has helped to retrieve [yoga] from its distorted image of the medieval period and has restored it to its original and meaningful usage and purpose, that is to say, the desire to attain union with God through its agency."

In his book, The Heritage of the Sikhs (1994), Dr. Harbans Singh mentioned "the extraordinary dissemination of the Sikh faith through the work of Yogi Harbhajan Singh in the United States of America. This true import of this must extend into and be unravelled by future history."

A number of scholars have concurred that Harbhajan Singh Khalsa's introduction of Sikh teachings into the West helped identify Sikhism as a world religion while at the same time creating a compelling counter-narrative to that which identified Sikhs solely as race with a shared history in India.

Dr. Trilochan Singh, author of over twenty books on Sikh history, offered a contrasting perspective in his critical work entitled "Sikhism and Tantric Yoga." In James Wilde's Time article of September 5, 1977 “Yogi Bhajan's Synthetic Sikhism,” he proffered his opinion that "Bhajan's synthesis of Sikhism and Tantrism is a sacrilegious hodgepodge." 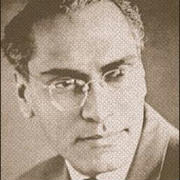 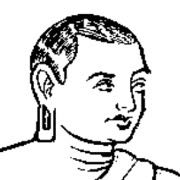