Leupold-Löwenthal was born in Vienna. After achieving a "wartime" Abitur in 1944 and a brief military service he studied medicine in the University of Vienna. In 1951 began work in the university clinic for psychiatry and psychotherapy.

In 1953 and 1954 he studied in London and in 1959 he obtained recognition as a specialist in psychiatry and neurology. From 1961 to 1963 he assiduously continued his work in the Steinhof psychiatric hospital in Vienna. At the same time he fulfilled his training to be a psychoanalyst and a training analyst. In 1964 he established his own psychoanalysis consultancy. In 1963 Leupold-Löwenthal was accepted into the Vienna Psychoanalytic Society becoming its secretary between 1967 and 1973, and society president from 1974 to 1981.

Together with Friedrich Hacker and others Leupold-Löwental was a member of the founders of the Sigmund Freud Society founded in 1968.

In 1982 he achieved recognition as Professor in Psychotherapy and Psychoanalysis from the psychotherapy clinic in the University of Vienna.

According to the Vienna Psychoanalytic Society in March 2007 he suffered a fatal heart attack.

One of the last public appearances of Leupold-Löwenthal took place after the death of Gerhard Bronner who was a close friend and of whom he had spoken in a commemorative television programme.

"In reality I wanted to be an ornothologist" Harald Leupold-Löwenthal confessed in respect of his original vocation in the documentary film made by the Viennese director Christian M. Kreuziger. The film was called rather dramatically "A Closeness" and was made to commemorate Leupold-Löwenthal's 80th birthday in 2006. According to his appearance in the film the cabaret star, Gerhard Brunner, his lifelong friend, pronounced that Leupold-Löwental had various personalities: "Leupold was a real Meidlinger" (a working class person who speaks in a characteristic outspoken way) he spoke the language of this peripheral district of Vienna with its crude expressions and he read cheap novels. Mr Löwenthal on the other hand was an elegant academic, cultured..."

In the film Harald Leupold-Löwenthal tells why the crude Viennese expression "g'schissn moved him to tears, and once he had greeted a milk seller with a "Heil Hitler" but he made it "drei liter" (three litres) and why he was classified by the nazis as politically untrustworthy. 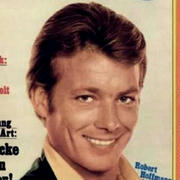