Hans Jürgen Kürsch, better known as Hansi Kürsch (born 10 August 1966 in Lank-Latum/Meerbusch, Germany) is a German singer, bass guitarist, and songwriter, best known for being the co-founder, lead vocalist, co-composer, and lyricist of power metal band Blind Guardian. He was also the bassist in Blind Guardian until the 1998 album Nightfall in Middle-Earth. He also provides lead vocals for the band Demons and Wizards.

A signature of Kürsch's songwriting is his practice of overdubbing his own voice multiple times in complex, overlapping harmonies on his recordings, creating the atmosphere of a huge choir. The track "Chant" on the first Demons and Wizards album is vocal only, in the style of a traditional Gregorian Chant; Kürsch's is the only voice on the song.

Kürsch's lyrics revolve around various themes prevalent in the power metal genre, including medieval fantasy, J.R.R. Tolkien, religious/mythological tales, and legends/stories, both his own and from the literary world. His lyrics in the first Demons and Wizards album tackle even various themes, whereas "Touched by the Crimson King" was based primarily off different fantasy novels.

Kürsch has also recorded two albums for his side project with Jon Schaffer of Iced Earth, Demons and Wizards.

Although mostly known for being a clean singer nowadays, his early technique made use of a harsher, "screaming" technique. Kürsch can be heard using similar, more aggressive, technique while singing guest vocals for Heaven Shall Burn's cover of "Valhalla." 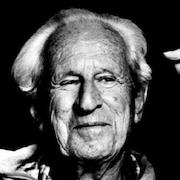 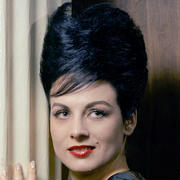