Johannes Alexander Vijlbrief (born 17 August 1963) is a Dutch civil servant, economist, and politician, who currently serves as State Secretary for Finance together with Alexandra van Huffelen. He is a member of the social-liberal party Democrats 66 (D66).

Vijlbrief started his career at the Ministry of Economic Affairs, after earning his doctorate at the Vrije Universiteit Amsterdam in 1992. Subsequently, he worked at the Bureau for Economic Policy Analysis (CPB) before returning to Economic Affairs, where he filled several positions as director and director-general. Vijlbrief was appointed Treasurer-General of the Ministry of Finance in 2011, and occupied that post until he became president of the advisory body Eurogroup Working Group six and a half years later. He had been a member of that group while serving as Treasurer-General, assisting Eurogroup President Jeroen Dijsselbloem.

Just after he had been re-elected at the working group, Vijlbrief was appointed State Secretary for Finance together with Alexandra van Huffelen in January 2020. He succeeded Menno Snel, who had resigned as a result of a scandal concerning allowances, and he is responsible for the Tax Administration and tax affairs.

Vijlbrief was born on 17 August 1963 in Voorschoten, a village in South Holland close to Leiden. His father was a sales manager at beverage company Riedel and would later found his own bottler.

He attended the high school Visser 't Hooft Lyceum in Leiden, earning his atheneum diploma in 1981. Thereafter, he studied general economics at the Vrije Universiteit Amsterdam until 1987. He continued studying at the university, receiving his doctorate in economics in 1992. His dissertation was titled "Unemployment insurance and the Dutch labour market".

After obtaining his PhD, Vijlbrief started working at the Ministry of Economic Affairs, where he filled a number of positions at the directorate General Economic Policy. Minister Hans Wijers appointed him as interim director of that division in 1997. Besides, he became director at Erasmus University Rotterdam of the Research Centre for Financial Economic Policy, a part-time job, the next year.

He left the Ministry to work as deputy director at the Bureau for Economic Policy Analysis (CPB) in 1999. Vijlbrief has told that he later came to regret the move, calling the agency "too quiet" and lacking in pressure. He also became an endowed professor in 2000 at the Vrije Universiteit, his alma mater, specialized in economic policy, and he simultaneously quit his job in Rotterdam.

Vijlbrief returned to the Ministry of Economic Affairs in 2001 in the position of director of General Economic Policy. In July 2004, Minister Laurens Jan Brinkhorst promoted him to Director-General for Economic Policy. While in this position, Vijlbrief also chaired a re-evaluation group called "Security and Terrorism" (2009–2010).

Starting in February 2010, he served as Director-General for Energy, Telecommunications, and Markets. Vijlbrief's former position was subsequently eliminated. Its responsibilities were transferred to the secretary-general (general economic policy and EU matters) and his new job (competition and consumer policy). His professorship at the Vrije Universiteit came to an end that same year. Vijlbrief, who had been a member of D66 since 2008, also became more politically involved, helping write the party's election program for the 2010 general election. Moreover, Vijlbrief lead Maria van der Hoeven's successful campaign to get appointed Executive Director of the International Energy Agency in 2011.

Vijlbrief served as the Treasurer-General of the Ministry of Finance starting in July 2011, after he was appointed by the Council of Ministers. His predecessor, Ronald Gerritse, had vacated the position when he became chairman of the Authority for the Financial Markets. The position also included membership of the Eurogroup Working Group (EWG), an advisory body responsible for preparing the monthly meetings of the Eurogroup. Besides, Vijlbrief was chairman of the Economic Policy Committee, a European advisory body, between 2012 and 2014.

In his position at the Eurogroup, Vijlbrief worked together with Jeroen Dijsselbloem, when he was Minister of Finance and President of the Eurogroup, for years on handling the Greek and European debt crises. He also managed the two campaigns to get Dijsselbloem elected Eurogroup president. In March 2014, Vijlbrief was chosen to chair the board of the European Financial Stability Facility (EFSF), the eurozone's emergency fund to address government debt. He had been a member of the body's board since 2011 and was also serving on its Risk Committee. That same month, Vijlbrief became a member of the board of the European economic think tank Bruegel.

During the 2017 Dutch general election season, he was a co-author of the D66's election program. His party became a member of the coalition government, and Vijlbrief was reportedly asked to serve as State Secretary for Finance. He rejected the job offer.

Vijlbrief left the ministry, the EFSF, and Bruegel in 2018 to become the President of the Eurogroup Working Group starting on 1 February, succeeding Thomas Wieser. He was elected by the members of the EWG in December after his candidacy had received support from the Dutch cabinet and his only opponent had withdrawn. The decision was later ratified by the Eurogroup itself. Vijlbrief simultaneously became president of the Economic and Financial Committee. While leading the EWG, he attempted to create a common European deposit insurance. Vijlbrief also started working as endowed professor at the University of Amsterdam specialized in European economic and financial policy in September of 2018. When his two-year term as president was about to end, Vijlbrief was reappointed for another term in December 2019.

After State Secretary for Finance Menno Snel resigned in December 2019, it was made public on 26 January that he would be succeeded by Vijlbrief and Alexandra van Huffelen. Snel resigned after almost two thousand recipients of child care allowances had been wrongfully considered fraudsters and had been forced to pay back the money. Some of them had received mostly blacked out pages after they had asked for their records. Weeks before Vijlbrief and Van Huffelen were put forward, Minister of Finance Wopke Hoekstra had decided that allowances (toeslagen) and customs would be spun off from the Tax Administration.

Vijlbrief was sworn in as "Secretary for Finance - Tax Affairs and the Tax Administration" by King Willem-Alexander at palace Huis ten Bosch on 29 January. His colleague, Van Huffelen, is in charge of allowances and customs. Vijlbrief is responsible for tax affairs; Tax Administration (including the FIOD); financial relations between the national government and decentralized governments; export credit insurance and facilities; Holland Casino and the Dutch Lottery; currency; and Domains Movable Property. He is also in charge of working out plans for aviation and carbon taxes. Simultaneously with his appointment, he resigned from his positions at the Eurogroup and the University of Amsterdam. Shortly before his term started, Vijlbrief declared that he was planning "to make the Tax Administration boring again".

At the end of February, two news outlets reported that the Tax Administration had been using a blacklist containing the names of about 180,000 suspected fraudsters. An internal report had concluded one year earlier that the list violated privacy legislation, because, among other things, over 5,000 employees of the organization had access to it and personal information was stored indefinitely. That first concern was thereafter addressed by reducing the number of employees with access to 1,000. Journalists found out about the blacklist after they had been given the internal report. When those journalists asked questions, the report ended up at the person responsible for the Tax Administration's compliance with privacy laws. The plug was subsequently pulled on the blacklist – days before the news articles were published.

Vijlbrief sent a letter to the House of Representatives disclosing the blacklist two days after it had been revealed by Trouw and RTL Nieuws. He also told the House that officials at the Tax Administration had unjustly blacked out a paragraph about the blacklist in a document, that the organization was forced to disclose earlier, in order to cover up the story. Vijlbrief's predecessor had repeatedly denied the existence of the list. Vijlbrief called the list and unpleasant surprise and called the problems of the Tax Administration "enormous". In the surrounding weeks, he had to inform the House about a number of other issues concerning the organization; the Tax Administration had not paid back wrongful reminder fees, there had been small mistakes in the calculation of two tax rates, and the organization had failed to collect debts before becoming statute-barred.

Vijlbrief is married and has two children. He met his wife, Manouche Hetzler, while he was studying at the Vrije Universiteit. Currently, he resides in the South Holland village Woubrugge.

Vijlbrief is a supporter of football club Feyenoord. 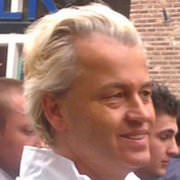