Hans Sommer (born 26 June 1914) is a German national who served as SS Obersturmführer (First Lieutenant) in the Sicherheitsdienst during World War II. After the war, he found a working relationship with Gehlen Org. [V Agent # 2857] and was subsequently a spy for the East German Stasi.

Born in Nortorf, Sommer joined the Hitlerjugend (Hitler Youth) at age sixteen, and joined the SS #119 157 (1 December 1932) and NSDAP #1442457 (1 February 1933), respectively. He was chiefly in function of the Sicherheitsdienst (SD) before his service in the Wehrmacht (1936–38). Afterwards, he became a deputy to Otto Somann at SD Leignitz, followed by a stint in Breslau. He was active in the occupation of Sudetenland with rank of Oberscharführer (Staff Sergeant). On his return to Germany, he went to work at the SD headquarters, for which he was later posted to Paris, France. In 1940, he was promoted to Obersturmführer (First Lieutenant).

In October 1941, unbeknownst to his superiors, Sommer helped plan an attack on seven synagogues in Paris, inspired by the 1938 pogrom, in collaboration with Eugène Deloncle. A four-week suspension of pay resulted for "SS-unwürdigen Verhaltens (SS-unworthy behaviour)" and he would not find promotion in the next three years. He was subsequently posted to Marseille and Nice. He is also alleged to have been a spy for Krupp.

After the war, Sommer was captured by the Americans, who sought to employ him to infiltrate a Nazi ratline formed around Frenchman Charles Lescat, whom Sommer met in Madrid just before his capture. He was moved to Camp King, Oberursel, after convincing the Americans that such an attempt would be unsuccessful. From Camp King he was deported to France to stand trial before a military court, which sentenced him to two years' detention. He settled in Germany afterwards.

Between 1950 and 1953 he found himself working for the Gehlen Organization (GO), the unofficial West German intelligence organization. Unemployed in 1953, Sommer began to spy for the East German Stasi, handing over far-reaching details on his former West German employer.

The contents of this page are sourced from Wikipedia article on 11 Mar 2020. The contents are available under the CC BY-SA 4.0 license.
comments so far.
Comments
Reference sources
References
http://www.cheminsdememoire.gouv.fr/en/hans-sommer-sd-stasi
https://books.google.com/books?id=Syo3DwAAQBAJ&printsec=frontcover&dq=The+Arms+of+Krupp&hl=en&sa=X&ved=0ahUKEwinguChvuDcAhXm7YMKHWhRClQQ6AEIMjAC#v=onepage&q=Sommer&f=false
https://archive.org/details/nwcda?and%5B%5D=Hans+Sommer&sin=
Trending today in 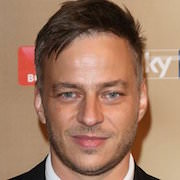