Engineering officer of the Kriegsmarine during World War II

Hans Peter Dengel (28 Nov 1916 - 2 July 1944) was an engineering officer of the Kriegsmarine during World War II who served as chief engineer of the famous U-boat U-96 during its later war patrols under the command of Heinrich Lehmann-Willenbrock. Dengel was killed on-board U-543 when that boat was struck by fire from Allied aircraft. He was the inspiration for the character of "the Chief" in both the novel and film Das Boot. In the film, he was portrayed by German actor Klaus Wennemann.

Dengel was born in 1916 and joined the German Navy in 1934 at the age of eighteen. After initial officer candidate training, he was appointed as a Fähnrich zur See and entered into naval engineering training. In 1936 he was commissioned as a Leutnant (Ing.) and assigned the next year to Class 37 of U-Boat officer training. He graduated from U-boat training in 1938 after which he served in various engineering training billets and served as a 2nd engineer on Type II and Type VII U-boats.

Dengel was promoted to Oberleutnant (Ing.) in 1941 and assigned as Chief Engineer (Leitender Ingenieur) of U-96 in October 1941. He served as Chief engineer for the 7th and 8th war patrols, after which he was succeeded by his own subordinate, Hans Johannsen, who had served as the boat's chief diesel mechanic and had been commissioned as an officer in 1942.

In 1943, Dengel was promoted to Kapitänleutnant (Ing.) and assigned as Chief Engineer of the newly commissioned type IXC boat U-543. On the boat's second war patrol, she was attacked by Allied aircraft and sunk. Dengel, who most likely was in the ship's engine room when she was struck, was killed and went down with the U-boat. 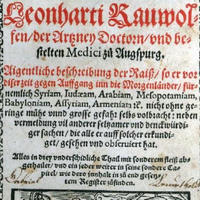