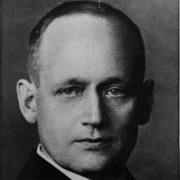 Recipient of the Iron Cross

Hans Wilhelm Langsdorff (20 March 1894 – 20 December 1939) was a German naval officer, most famous for his command of the German cruiser Admiral Graf Spee during the Battle of the River Plate off the coast of Uruguay in 1939. After the Panzerschiff (Deutschland-class cruiser) was unable to escape a pursuing squadron of Royal Navy ships, Langsdorff scuttled his ship. Three days later he committed suicide in Buenos Aires, Argentina.

Langsdorff was born on 20 March 1894 in Bergen on the island of Rügen. He was the eldest son in a family with legal and religious traditions rather than a naval tradition. In 1898, the family moved to Düsseldorf, where they were neighbours of the family of Graf (Count) Maximilian von Spee, who was to become a German naval hero (while losing his life) at the Battle of the Falkland Islands in 1914. Influenced by his honoured neighbours, Langsdorff entered the Kiel Naval Academy against his parents' wishes in 1912. During the First World War, the then-Lieutenant Langsdorff received the Iron Cross 2nd Class at the Battle of Jutland in 1916, and subsequently worked on minesweepers for the rest of the war. He received the Iron Cross 1st Class sometime during the remainder of the war, but the exact date is unknown.

In 1923, while posted to the navy office in Dresden, Langsdorff met Ruth Hager. The two were married in March 1924, with their son Johann being born on 14 December. In October 1925, Langsdorff was posted to the Defence Ministry in Berlin to coordinate relations between the navy and the army. In 1927, he was posted to the command of a torpedo boat flotilla, and in April 1930 he was promoted to lieutenant commander. In 1931, he was recalled to Berlin, as his administrative abilities had become well-known and appreciated. Following the rise to power of the Nazis, Langsdorff requested duty at sea in 1934, but was instead appointed to the Interior Ministry.

In 1936 and 1937, while on board the new pocket battleship Admiral Graf Spee as part of the staff of Admiral Boehm, Langsdorff participated in the German support of the Nationalist side in the Spanish Civil War. On 1 January 1937, Langsdorff was promoted to captain. He received command of the Admiral Graf Spee in October 1938.

On 21 August 1939, Admiral Graf Spee left port with orders to raid enemy commercial shipping in the South Atlantic following the outbreak of the Second World War. For the first three weeks of the war, the ship hid in the open ocean east of Brazil while the German government determined how serious Britain was about the war. On 20 September 1939, Admiral Graf Spee was released to carry out its orders.

Over the next 10 weeks, Langsdorff and Admiral Graf Spee were extremely successful, stopping and sinking nine British merchant ships, totalling over 50,000 tons. Langsdorff adhered to the Hague Conventions and avoided killing anyone; his humane treatment won the respect of the ships' officers detained as his prisoners.

Battle of the River Plate

On the morning of 13 December 1939 Langsdorff's lookouts reported sighting a British cruiser and two destroyers. Admiral Graf Spee now suffered engine fatigue that reduced her top speed to 23kn. After Langsdorff had committed his ship to the attack it became apparent that the destroyers were in fact light cruisers (HMS Ajax and HMS Achilles) in addition to the heavy cruiser HMS Exeter. His ship outgunned all his opponents, having 11 inch (280 mm) main guns, to Exeter’s 8 inch (200 mm) and Ajax and Achilles’s 6 inch (150 mm) guns. Exeter was severely damaged and forced to withdraw; later she re-engaged and, further damaged and listing, again withdrew. But it had fired a critically effective 8-inch shell into Spee, destroying steam boilers needed to operate the ship’s fuel cleaning system. Langsdorff learned that he had 16 hours of pre cleaned fuel in his ready tanks—with no hope of replacement or repairs to the system at sea. Soon, the two light cruisers got into range and scored 20 hits on Admiral Graf Spee, including the food stores and bakeries. Simultaneously, Langsdorff and the British commodore decided to break off the action, Langsdorff heading for the neutral port of  Montevideo in Uruguay to make repairs.

The Uruguayan authorities followed international treaties and, although granting an extra 72 hours stay over the normal 24 hours, required that Admiral Graf Spee leave port by 20:00 on 17 December 1939 or else be interned for the duration of the war. Langsdorff sought orders from Berlin, and was given instructions that the ship was not to be interned in Uruguay (which was sympathetic to Britain), or to be allowed to fall into enemy hands, but he was given no directive as to what action to take. He therefore considered that he could try to take the ship to the friendlier Buenos Aires in Argentina although it was thought that the channel was not sufficiently deep for the ship; he could take the ship out to sea to battle the British forces again (British propaganda was trying to persuade people that a large British force already lay in wait for him—though in fact it would not be able to arrive for five days); or he could scuttle the ship. He decided to scuttle, largely to spare his crew further casualties. At the limit of Uruguayan territorial waters she stopped, and her crew was taken off by Argentine barges. Shortly thereafter, planted charges blew up Admiral Graf Spee and she settled into the shallow water (today she has settled in the mud and lies in 7–8 metres of water, depending on the tide).

Langsdorff was taken to the Naval Hotel in Buenos Aires, where he wrote letters to his family and superiors. He wrote on 19 December 1939:

I can now only prove by my death that the fighting services of the Third Reich are ready to die for the honour of the flag. I alone bear the responsibility for scuttling the panzerschiff Admiral Graf Spee. I am happy to pay with my life for any possible reflection on the honour of the flag. I shall face my fate with firm faith in the cause and the future of the nation and of my Führer.

After this he committed suicide with a pistol whilst lying upon Graf Spee's battle ensign. His body was buried in the German section of the La Chacarita Cemetery in Buenos Aires, Argentina.

Hans Langsdorff's son, Joachim Langsdorff, also joined the German navy. He was killed while piloting a Biber midget submarine in December 1944. His craft was later recovered by the Royal Navy and is currently displayed at the Imperial War Museum in London.

In the town of Ajax, Ontario, one of the streets is named Langsdorff Drive in his honour. Ajax is named after the Royal Navy cruiser involved in the Battle of the River Plate and many of its streets are named after people involved in the action. In the 1956 film, The Battle of the River Plate, Langsdorff was played by Peter Finch.

The contents of this page are sourced from Wikipedia article on 08 Mar 2020. The contents are available under the CC BY-SA 4.0 license.
View Hans Langsdorff 's image gallery
Image Gallery 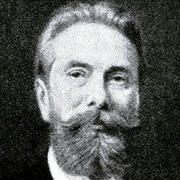 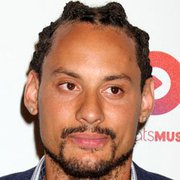