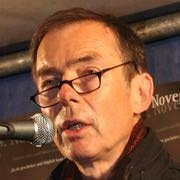 Hans Coppi Jr. (born November 27, 1942) is a German historian. His parents, Hilde and Hans Coppi, were active in the German Resistance and were both executed by the Nazis.

Coppi was born at Barnimstraße Women's Prison in Berlin. His parents were arrested on September 12, 1942 in Schrimm (now Śrem, Poland). His paternal grandparents, maternal grandmother and one uncle were also arrested around this time. At the time of his parents' arrest, his mother was hochschwanger, literally "highly pregnant". His father was convicted and executed shortly after his birth. Coppi's father was allowed to see him in his mother's arms one last time before being executed. His mother attempted to get clemency, but it was denied by Adolf Hitler in July 1943. She was allowed to nurse her son until shortly before her execution on August 5, 1943 at Plötzensee Prison, when Coppi was just eight months old. Coppi grew up with his grandparents.

After studying economics in college, Coppi worked at an East German foreign trade company for machine tools as a party secretary of the ruling SED party. From 1984 to 1987, he was employed by the Berlin district leadership of the Socialist Unity Party (SED). After a year of study abroad in Moscow, he went to the Harnack/Schulze-Boysen Research Center at the Academy of Sciences in the German Democratic Republic (GDR). Writing his dissertation on Harro Schulze-Boysen, he got his doctorate at the Berlin Institute of Technology in 1992. He has spent considerable time devoted to the study of the Red Orchestra and the German Resistance.

Although his parents are often identified as having been members of the Red Orchestra, Coppi himself says the term is a "catch-all" term the Nazis used to derogatorily refer to all Widerstand groups and it was used even after 1945 to defame them as Soviet spies.

From 1990 to 1994, he was a researcher at the German Resistance Memorial Center in Berlin. From 1997 to 2002, he was the project director for the development of electronic archival resources at the Sachsenhausen Memorial. Coppi has been a freelance contributor at the German Resistance Memorial Center since 2003 and since 2004, the state chairman of the Union of Persecutees of the Nazi Regime in Berlin.

Coppi was an honored guest at a Brussels program commemorating the 65th anniversary of the December 13, 1941, 2:30 a.m. arrests in Brussels of members of the Red Orchestra. At that event, Coppi said,

After 1945, the members of the Abwehr, Gestapo and Reichskriegsgericht were never held accountable for their crimes against humanity. On the contrary, they were in demand as interlocutors for western intelligence agencies and made sure that those they had sentenced to death and killed in detention were once again defamed as spies and traitors. —Hans Coppi in Brussels, December 13, 2006

Coppi is married to the gallery owner, Helle Coppi. He has three daughters and lives in Berlin.