Hans Brandner (born 19 February 1949 in Berchtesgaden, Bavaria) is a German former luger who competed for West Germany from the early 1970s to the early 1980s. Competing in three Winter Olympics, He won the silver medal in the men's doubles event at Innsbruck in 1976.

Later he managed with his wife the "Hochkalter" hotel (named after the nearby Hochkalter mountains) in Ramsau near Berchtesgaden. 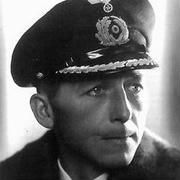