Nils Hans Ingemar Bergström (born 13 May 1948) is a Swedish-American journalist and political scientist.

Bergström was born in Ambjörby, Torsby Municipality, Värmland County, Sweden. His father was a local politician of the Social Democratic Party and editor of the local newspaper Värmlands Folkblad. He studied at Karlstad University from 1967 to 1970 and earned a B.A. in political science, economics, cultural geography and statistics. Thereafter he was employed as a secretary at the People's Party's parliament office (during his studies Bergström also served as deputy chairman of the Liberal Youth of Sweden, the youth wing of the People's Party). In 1972 he became a speech writer and assistant to People's Party leader Gunnar Helén. He kept this role until 1980 with future party leaders Per Ahlmark and Ola Ullsten. 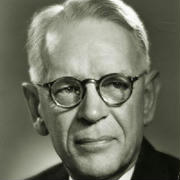