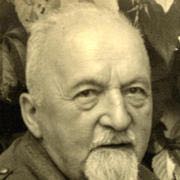 Hans Benndorf (December 13, 1870 – February 11, 1953) was an Austrian physicist born in Zurich, and died in Graz. He made several contributions in the field of seismology and in his research of atmospheric electricity.

In 1895 he earned his doctorate from the University of Vienna, and subsequently became an assistant to Franz Serafin Exner (1849–1926). In 1904 be became an associate professor of meteorology at the University of Graz. In 1910 he replaced Leopold Pfaundler (1839–1920) as professor of physics, a position he kept until 1936 (forced retirement). In 1945 he resumed his duties in physics at Graz.

In 1927 he was elected as a full member of the Austrian Academy of Sciences, and from 1932 to 1934 was university rector. From 1924 he worked closely with geophysicistAlfred Wegener (1880–1930) at Graz, also maintaining professional ties with physicist Victor Franz Hess (1883–1964) and climatologist Victor Conrad (1876–1962) during his career. With Hess he co-authored a comprehensive treatise on atmospheric electricity (1928).

In 1907 he founded a seismological observatory at the physical institute in Graz, and during the same year was awarded with the Ignaz Lieben Prize for his work on the propagation of seismic waves.

In a mine-shaft at Pribram he was able to differentiate between long-distance earthquakes and local microseismic activity with the use of seismometers. Also, he was the first scientist to solve the problem involving refraction of seismic rays in spherical layers. The term Benndorfscher Satz (Benndorf's relationship) is used to describe the constancy of the ray parameter across the spherical layers.

A device known as a "Benndorf electrometer" is used for atmospheric electrical measurements.